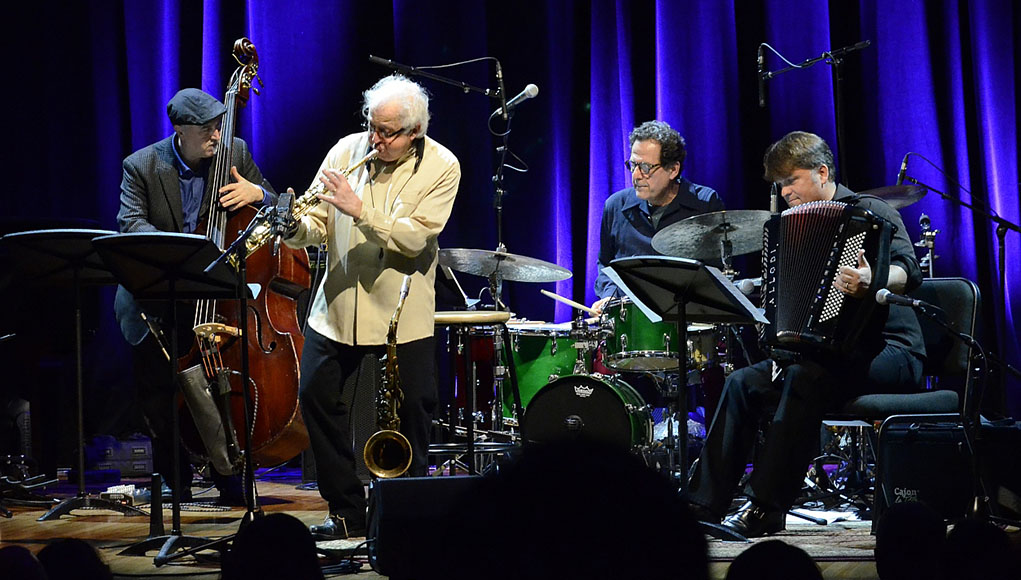 Master percussionist Jamey Haddad, who collaborates regularly with singer-songwriter Paul Simon, composer Elliot Goldenthal, and saxophonist Joe Lovano, is no stranger to different musical styles. He can also play over 1,000 percussion instruments — from a Syrian darbuka to the Western snare. Yet his heart remains in the jazz world.

On December 12, 2015 Jamey Haddad presented his new project, Under One Sun. It was a superb evening of true World Music and  internationally-inflected jazz that filled the atmosphere of the magnificent Aga Khan Museum in Toronto. Haddad featured an eclectic group of musicians from Palestine, Afghanistan, United States and Toronto, Canada.