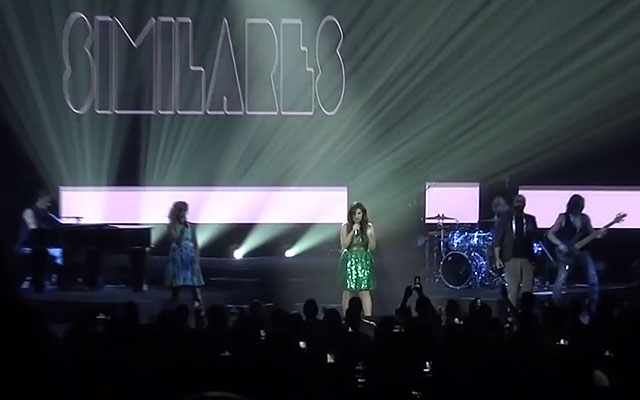 Through a series of connections made in far away places I came to know of Laura Pausini, or at least her music. My connection, a friend who I met in Central America is part of Ms. Pausini’s road management crew. He graciously secured some tickets for me to see the kick off of the World Tour in Toronto’s nearby Brampton Powerade Centre. 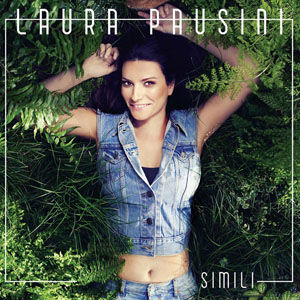 Laura Pausini is touring the World in support of her most recent album (2015) Simili Similares. Pausini is an Italian pop singer-songwriter and record producer. She is based in Italy when not travelling the world. She recently took time off to start a family, her and partner Paolo Carta announced the birth of their daughter Paola, on 8 February 2013. There was a song dedicated to this and Ms. Pausini happily chatted in Italian to the audience at the Powerade Centre about her happiness to be blessed with a child. A video of the family played in the background while the happy couple played a lovely duet up close and personal, a highlight moment of the concert.

In 2006 she became the first Italian female artist to win a Grammy Award, receiving the top American honour for Best Latin Pop Album for the record Escucha. Pausini has sold many millions of albums, yet she has had difficulty breaking into the English speaking market. Out of the numerous songs she performed on Tuesday evening only one was in English, “It’s Not Goodbye”. For me this was another of the highlight moments of the show. A soft pop tune with lots of melody and allowing the natural grace and beauty of Pausini’s voice to win over the cavernous arena ambiance. A voice most pleasing, with a distinct sound and phrasing all her own. If a comparison could be made it may be some middle ground between a Nana Mouskouri and a Barbara Streisand. 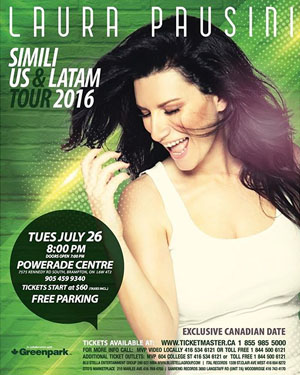 The arena was close to three quarters full with a wide age range, from the very young, tagging along with their parents, to the hip teen crowd. Along with a good showing of the middle aged and elderly. Pausini made mention that she was thrilled to see such a wide variety of people. The audience had brought their Italian colours and I would say a good majority of the audience were of Italian descent. I was quite surprised to hear the audience singing along to the popular Italian songs such as “Simili”.

The band and back up singers were in good form, the music flowed, the energy level glowed and flashed with moments of brilliance. The female backing vocalist Monica Hill featured in one lead portion when Ms. Pausini was making a quick costume change struck a delightful high note. Electric guitar and musical director Paolo Carta led the band made up of Nicola Olivia -guitar, Fabio Coppini – piano, Roberto Gallinelli – bass and Carlos Hercules – drums.

The male backing vocalist Gianluigi Fazio complimented the songs with a full sound and added a refreshing blend of tones and timbres to spice up the sounds as they blasted forth into the arena. 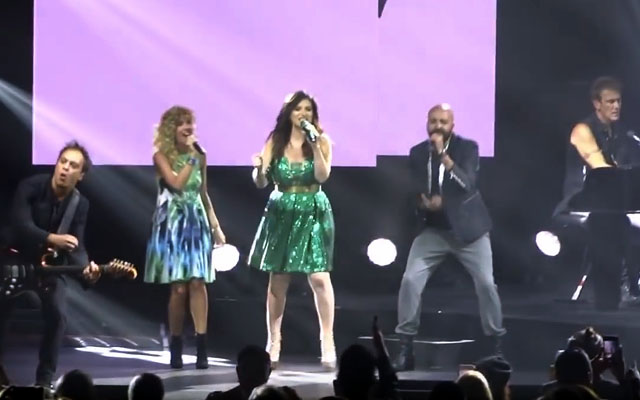 Laura Pausini is a consummate professional, she has been treading the stages of the World since she was a teenager, she is now middle aged and has a stage presence that is infectious. Her audience is with her all the way, even my young guests, who were not aware of her music were completely enamoured and loved every minute of the show.

The concert ended in a flurry of smoke bombs, blinding lights, a video array of all the band members flashing gigantic forms above the stage and a thunderous closing number. Then it was over. The lights stayed off, the arena was dark and loud, the crowd roared and roared for more, more.

Laura Pausini did not disappoint she returned with the band and performed one more Italian pop/rock song touching the hearts of the audience who sang along and sounded pretty good too. Ms. Pausini waved to the crowd, she departed the stage, her band followed her. The lights came up and on cue many started to depart.

The credits were rolling on the centre overhead video screen and the artist came back on stage to introduce her band members. A final bow, a “Grazie mille Canada” and she was off and running for the next leg of the World Tour 2016. Barclay’s Arena – Brooklyn, New York.

The Mighty Musicianship Of Leo Blanco