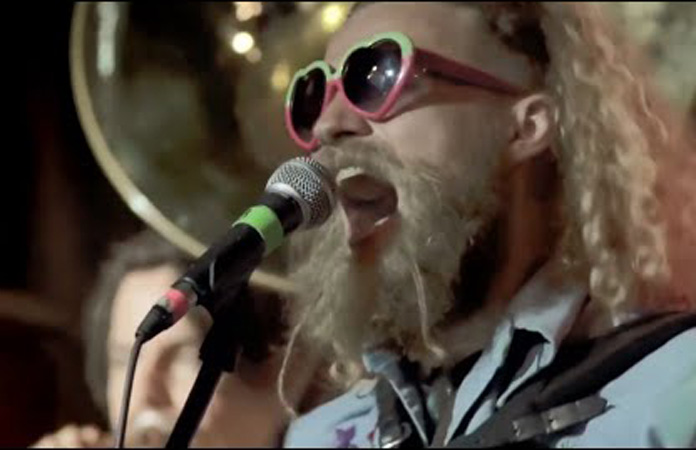 Tangi Ropars is one of three Moskittos who you won’t be able to make go away, much less swat. He comes from hardy stock and he’s here to stay – most fortuitously so, in Toronto. Mr Ropars and his Celtic-Breton ancestors come from Brittany, in northeastern France. As a matter of fact the French tried to crush the Celtic-Breton culture by banning the use of the language he speaks and sings in throughout the 19th and 20th centuries in an effort to force Bretons like him to adopt French as the language of communication. Nevertheless, until the 1960s Breton was spoken or understood by many of the inhabitants of western Brittany. And during the 1970s, Breton schools were opened and the local authorities started to promote the language, which was on the brink of extinction. And now, Mr Ropars, having roamed the world singing in his native Breton language, has made Toronto one of two homes, here to share his voice with three other Moskittos – Ahmed Moneka from Iraq, Yura Rafaliuk from Ukraine and, Fethi Nadjem, from Algeria.

Each of these Moskittos has a similar story. The Americans bombed Iraq under its dictator, Saddam Hussein into submission and once they had done so, they colonised the country, creating division – as colonists are wont to do – driving wedges between Iraqi and Iraqi, ramping up hatred and fueling the terrorism that the world – including the people of Iraq have had to deal with and flee from – as Mr Moneka has done. This story is common in North Africa, where the French also left a large footprint and a trail of destruction. It’s a story that Fethi Nadjem knows all too well and it spills out of the bittersweet strains of his violin. Meanwhile Yura Rafaliuk – the fourth Moskitto in our story – is also living with the broken dreams of Ukraine, a country once freed from the yoke of Soviet occupation only to be invaded by rampaging Russians who annexed Crimea, and have wreaked havoc on the Ukrainians living along the eastern borders with Russia. 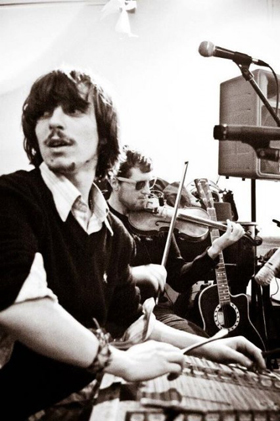 So, no… Tangi Ropars, Ahmed Moneka, Yura Rafaliuk and Fethi Nadjem are the four irrepressible Moskittos who won’t be swatted – not anytime soon. And happily, they’re alive and well and making extraordinary music in Toronto as Moskitto Bar. If the whimsical humour of the title conjures imagery aptly evocative of smoke-filled salons on forbidden coastlines in and undiscovered part of the world, it’s only partly true. Nothing is forbidden and the “undiscovered” part – at least about the music – is wholly true. And as wheezing, elemental moan of Mr Ropars’ button accordion suggests a melancholy beginning to a particular piece about loss, or his own peripatetic adventures in Brittany, across Europe and now Canada, Ahmed Moneka cuts loose on his daf, the tattoo gradually softening into a loving caress, echoed in the skittering melody on Mr Rafaliuk’s cimbalom and the high and lonesome wail of Mr Nadjem’s violin… as all of this music seeps into your senses you will be transported into the world of Moskitto Bar.

Tangi Ropars tells me that he is awake to every cultural collision ever since he discovered his love for music in Brittany. That part of him which is fiercely Celtic enabled him to “attack music with passion”. Gravitating towards the button accordion “without first being a pianist” has enabled him to gain a unique and deep understanding of how the breathing of its bellows results in visceral sounds. It’s how Mr Ropars is able to make the notes in the phrases he plays come alive and leap off the page and, almost impossibly, enter the human realm. No longer is his music really a melody of notes, but the sound of a human voice in a quite magical setting. It’s full of glinting lights, mysterious depths, expectations, frustrations, hopes, doubts, and joys, like the shattered shadows of a quasi-Bartókian scherzo, glimpsed by moonlight in a forest, surrounded by the Romani people and a proverbial caravan.

Benjamin Zander: Light of The Ninth