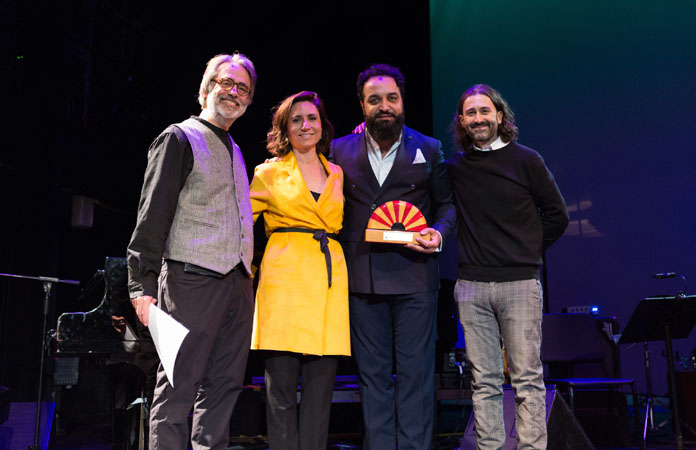 (Boston, MA. March 27, 2018) Cajón and flamenco percussion master Israel “Piraña” Suárez was presented with Berklee’s Master of Mediterranean Music Award at the Mediterranean Music Institute (MMI) spring concert, The Rhythm of Lorca, on March 26 at the Berklee Performance Center. The award was conferred by María Iturriaga, executive director of Berklee’s campus in Valencia, Spain; Matthew Nicholl, executive director of the MMI; and Javier Limón, artistic director of the MMI. 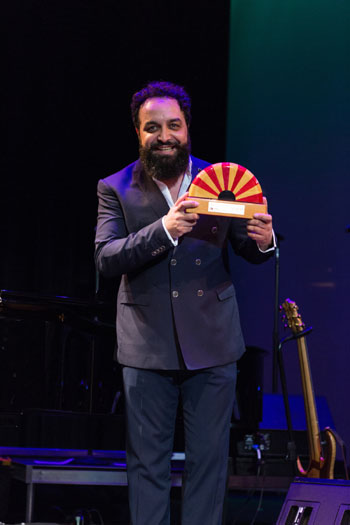 “Piraña is the Miles Davis or Bill Evans of the cajón,” said Limón. “He has elevated the cajón to a maximum musical category. We are deeply grateful he has been able to come to Berklee and share the stage with our students. It is a great honor for us to give him this award.”

“I feel extremely honored and very grateful to receive this award,” said Piraña. “For the cajón, this recognition elevates it and opens new horizons for it in the future. This is an instrument that is mainly for accompanying soloists and maybe now this will open a door for cajon players all over the world who might want to be band leaders or soloists.”

Madrid native Piraña is considered one of the greatest cajón players of all time and is an essential reference for percussionists around the world. He has played with artists including Lenny Kravitz, Ricky Martin, Chick Corea, Paquito D’Rivera, and Wynton Marsalis, and was a member of the great flamenco guitarist Paco de Lucía’s band for more than 10 years.

As part of The Rhythm of Lorca concert, a tribute to one of the most important poets of the 20th century, Berklee songwriting students performed a selection of their own compositions set to Lorca’s poetry, and were joined on stage by Piraña.

Berklee’s Mediterranean Music Institute (MMI) created the Master of Mediterranean Music Award to honor the great maestros of Mediterranean music. Musical figures who are granted the award exemplify the practices and values of the MMI, which stimulates cultural exchange of the folk-based music traditions of the various regions of the Mediterranean, internationally promotes these traditions, and supports young and emerging talent from the area. Past recipients of the award include flamenco singer José Mercé, flamenco guitarist Pepe Habichuela, harmonica player Antonio Serrano, singer and composer Pepe de Lucía, Kurdish singer Aynur, and fado star Mariza. 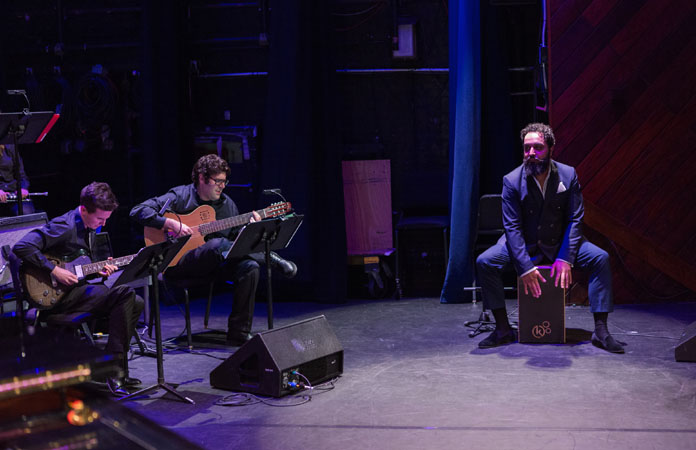 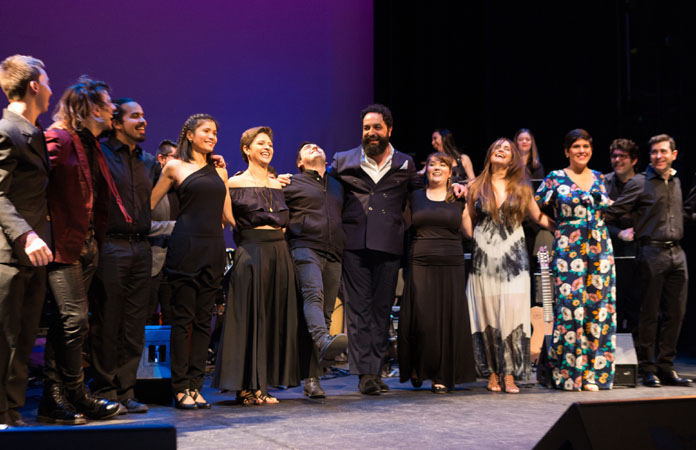 Piraña with Berklee students by MichaelSpencer