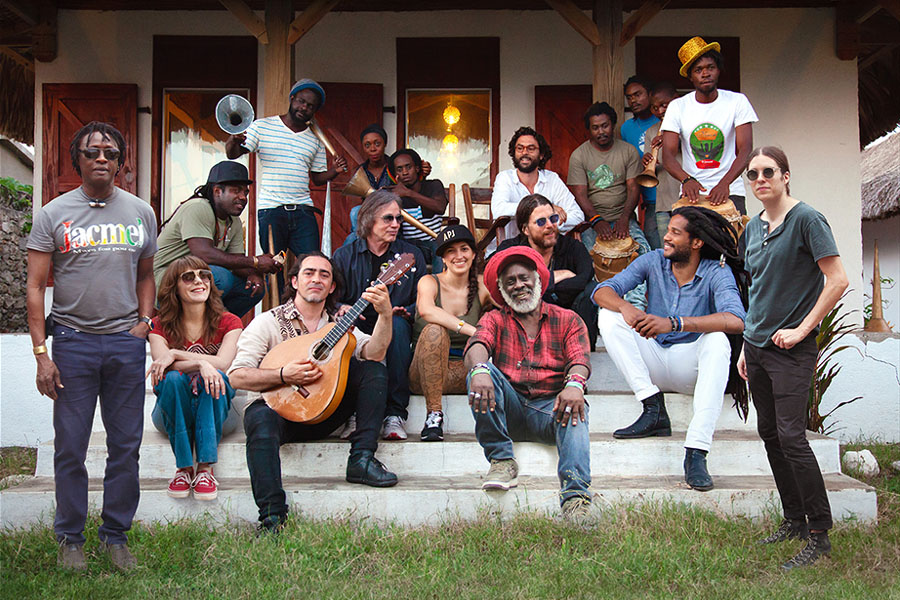 Hailing from four different countries, interweaving North American Indie Rock with beats and percussion of Haitian Vodou, Spanish and Malian guitar, Tres Flamenco, with songs in English, Creole, Khassonké, Manding and Spanish, Let The Rhythm Lead celebrates the work of Artists for Peace and Justice in Haiti, and was recorded at their Artists Institute on the island’s southern coast, in the town of Jacmel.

Jonathan Wilson notes, “The song Lape’ Lanmou,’ or peace and love in Creole, was a melodic idea I had floating around while at the piano, and when I joined the wonderful group of musicians from around the world in Haiti for the Song Summit project this melody came to life. The guitars are a wonderful mixture of West African and Flamenco, the vocals are traditional Vodou call and response by the Haitian legend Sanba Zao, and Jenny Lewis adds her amazing voice in the “White Ribbon” chorus. This was one of the most special projects I’ve ever done, I want to thank Jackson Browne and APJ for inviting me to Haiti to be a part of this amazing project.”

Paul Beaubrun adds, “’Lapè, Lanmou’- this song is a spiritual awakening. Haitians along with many others across the globe have been saying it for a long time. It’s about peace, love and unity amongst us all and how we will never collectively move forward as one without it.”

Lakou Mizik shares, “The prayer that Sanba Zao sings comes from the Dahomey vodou traditions. The word – Azounke that is the chorus, is a word of exclamation and power and is used in the music to punctuate the prayer they are singing. The prayer calls out to all the most powerful vodou spirits for them to walk together with them on their path guiding them and giving them strength as they go through the world.”

Jackson Browne says, “This song is the last song we recorded in Haiti, and it contains all the mystery and excitement that we felt being there. The conversation between the African guitar and the Flamenco tres gives way to a full Vodou call and response, which surprised me then – and it surprises me now. It’s magic.” 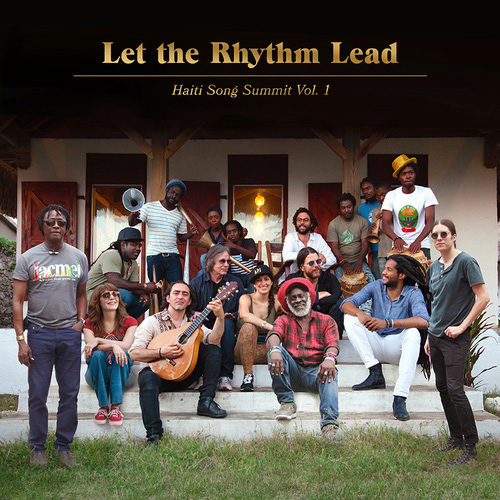 Artists for Peace and Justice:

Artists for Peace and Justice (APJ) is a non-profit organization that encourages peace and social justice and addresses issues of poverty around the world. Our immediate goal is to serve the poorest communities in Haiti with programs in education, healthcare and dignity. We are committed to long-term, sustainable development in direct partnership with the Haitian people. Our model is simple: we believe in empowering local communities, fostering economic growth, and the power of education to change a nation.