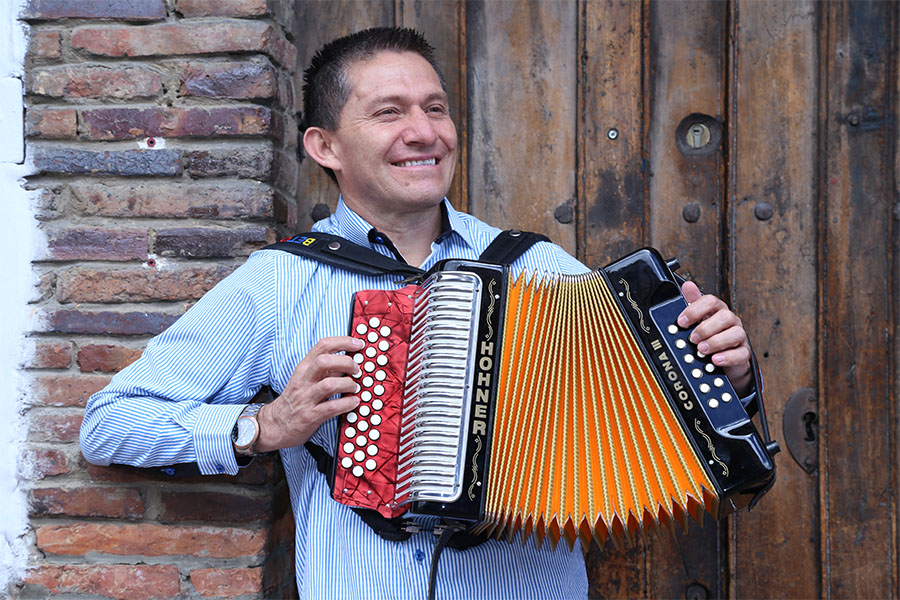 The story of Alberto “Beto” Jamaica’s journey to becoming Rey Vallenato Beto Jamaica, and the leading vallenato and cumbia player in Colombia, is one steeped musical legend and lore.

It is said that a near-death experience after falling off of a scaffolding on a Bogotá construction site, and a subsequent unconscious interview with the divine, facilitated within the bricklayer and accordion player the perseverance to embarked on a stubborn struggle against all obstacles to reaching his remote dream of musical success. After nine previous unsuccessful attempts, underdog Jamaica’s new, otherworldly accordion chops unseated a long-reigning champion and won him the prestigious Professional Leyenda Vallenata Festival Competition in 2006. He has since been known as Rey Vallenato Colombia (“The Vallenato King”). 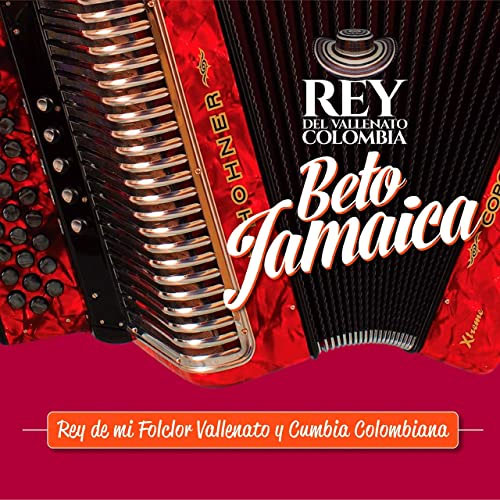 Rey Vallenato Beto Jamaica is now set to bring a vibrant mix of cumbia, paseo, porro – all wrapped into his uniquely infectious accordion-driven vallenato – to North America with a summer tour around the release of his latest album Rey de Mi Folclor Vallenato y Cumbia Colombiana (released on March 13, 2020 by OM Producciones Music on its 18th anniversary).

OM Producciones received a  prestigious grant from Colombia Culture Ministry and its Orange Economy Program for the promotion of the 15-track album, a stark testament to both the lable’s and Jamaica’s commitment to the tradition and the future of vallenato.

Vallenato is one of Colombia’s most popular forms of traditional folk music. Native to Colombia’s Caribbean Coast, it literally translates as “born in the valley,” in reference to the region between the Sierra Nevada de Santa Marta and Serranía de Perijá. The genre encompasses a variety of rhythms: paseo vallenato, merengue, puya, son and Tambora.

Jamaica contemporizes those traditional elements by adding electric bass, congas, and timbales to the traditional lineup of accordion, guacharaca (a tube-shaped percussion instrument scraped with a metal “fork”) and caja vallenata (small goat leather drum) while never losing site of the music’s roots.

Jamaica has been playing accordion for more than 30 years and has recorded in more than 300 musical productions, with several well-known artists from Colombia and Latin America. He has been recognized by the Congress of Colombia with the bestowal of the most important award for Colombian citizens: The Boyaca Cross, in honor of his work to preserve and spread the Colombian Heritage of the Vallenato – traditional Colombian music form that is officially protected on UNESCO’s list of  Intangible Cultural Heritages.

A star in Colombia with two Top 5 hits, Beto has toured across South and Central America and Europe.  In 2020, he performed with his band at the prestigious festival Womad-Chile, and will also embark on a European Tour from June 18th to July 10th with confirmed dates at Opera de Lyon, France, Spain, Germany, etc.

Jamaica will visit North America in the summer of 2020 with shows at Colombian Fest in Chicago, July 17-19; at Lula Lounge in Toronto, July 23; Fusionfest in Ottawa, July 26; and Terraza Seven and D’ Antigua Bar in New York, among other dates yet to be announced.