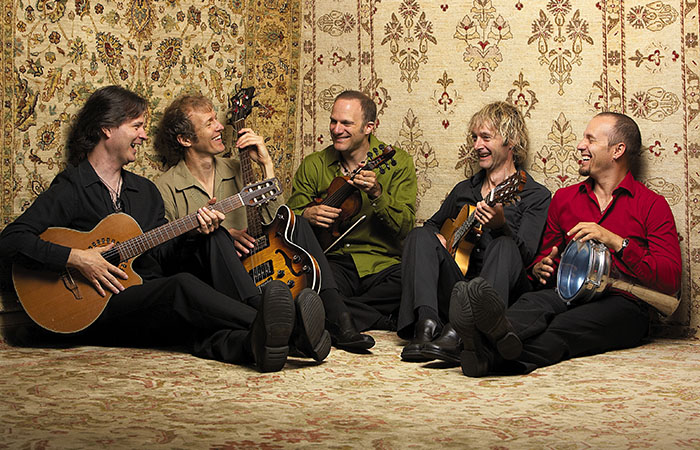 Anwar’s music has been featured in Oscar-winning film Life of Pi as well as The Love Guru. He’s performed across Europe, North America and Asia – and with musicians from a bevy of stylings, including Blues, Jazz, African, Middle Eastern, Japanese and Chinese music. This innovative collaboration with Sultans of String serves up a spicy musical passport that defies categorization.

Known for dizzying roots music jams, poly-rhythms and revved up riffs, the Sultans of String sound can’t be pinned down — it’s Sable Island meets the Silk Road, with detours through the Gypsy-Jazz coffeehouses of Eastern Europe, next an East Coast Kitchen Party, then to the bustling markets of Lebanon, not to mention a rumba-flamenca tune about The Arctic!

Kicking things off as a dynamic duo playing tiny cafes in 2007, this fiercely talented and hardworking indie act has been on a meteoric rise, with an astonishing number of awards and accolades in tow. Invitations to play world stages and with such legendary artists as The Chieftains and David Bromberg are recent highlights. The Chieftains’ very own Paddy Moloney also appears on the band’s brand new CD, Symphony!

Acclaimed promoter and former A&R man David Wilkes (Emmylou Harris, Joan Baez, Jerry Jeff Walker) states, “I have worked with numerous top ten chart songs and #1 Pop Billboard and Country music hits”, Wilkes says. “In all that time, I have not worked with composers more talented than Chris McKhool and Kevin Laliberté from Sultans of String. Not only are they a superb writing team, they are also amazing arrangers & musicians. Symphony! is a gigantic leap forward.”

The band is led by JUNO-nominated 6-string violinist McKhool (Jesse Cook, Pavlo) who grew up in a Lebanese-Egyptian (Makhoul) house bursting with music and diversity. Growing up, Chris was fed a steady diet of delicious musicality alongside Middle Eastern cuisine and violin lessons. 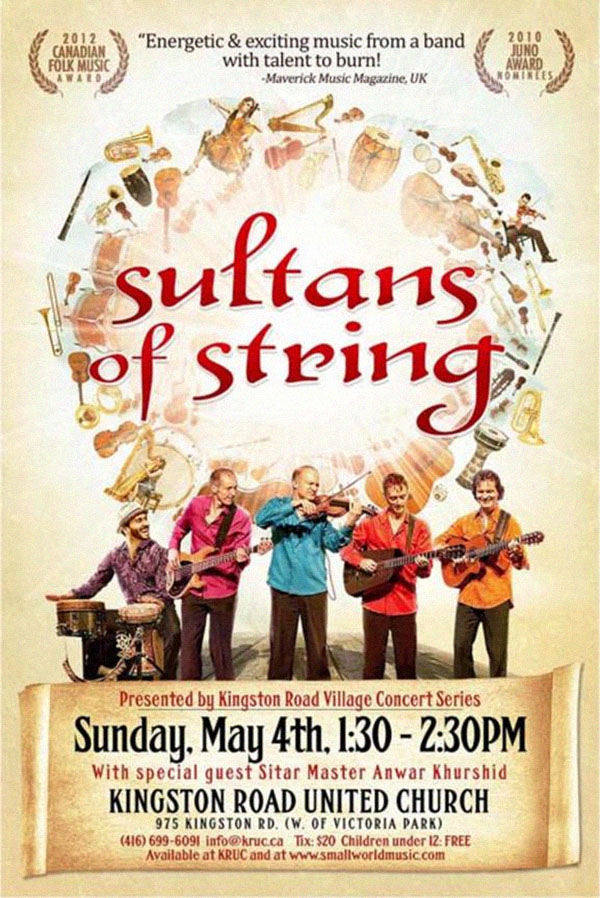