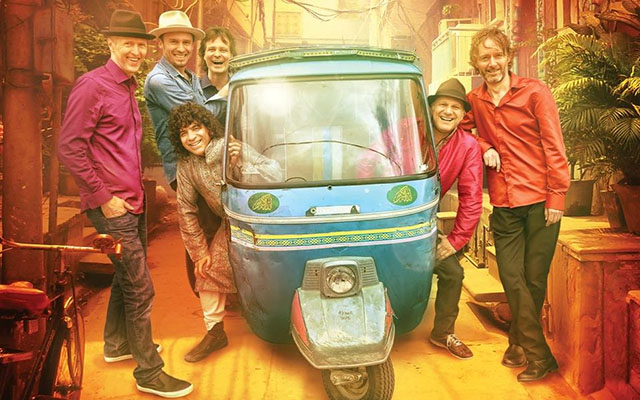 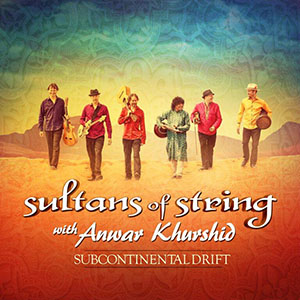 While Sultans of String are known for spotlighting treasured special guests from around the world, this is their first wholly collaborative offering where the entire body of work was created together. “There is something magical about joining world music rhythms that we often play, but with pop sensibilities and forms and lengths, and blending that with the music of the East”, says bandleader/fiddler Chris McKhool.

Yet, Subcontinental Drift is more than a global sound-tapestry. It is a musical promise that embraces differences while finding common ground across culture, land, and time.

Indeed, while the album treks across all kinds of musical terrain, the fertile soil beneath each track is fed by hope unhindered and freedom found. “One of the songs we wrote together, “Journey to Freedom”, actually traces Anwar’s journey from Pakistan to Canada and finding his new home here.

“He’s become a great musical and personal friend.” says McKhool, whose name would have been spelled Makhoul in Kfarmishki, Lebanon, where his ancestors emigrated from. “Together we started writing songs about the freedom and equality we experience living here in Canada, about finding ourselves, and our hope of creating a better world. And I feel in some way that these songs reflect our own personal journeys towards finding a world peace.”

Perhaps one song above all on the album highlights the universality of music. “Anwar and I discovered that we knew a tune in common with different names. There’s an ancient Irish fiddle tune called “Rakes of Mallow“. It also made its way to England and when the English were ruling India, I guess the English and the local Indian musicians were playing and learning from each other musically. I knew it on the fiddle and Anwar knew it slightly differently on the sitar. In India they have been calling it “Band Sargham” and our two interpretations of the tune totally matched and locked in together”.

Adds Khurshid, “there is this musical connection between us, but what I noticed the first time I came here and played with you guys, was this wonderful humanity and generosity… such a nice welcome you had for me. It was really soul-enhancing.”