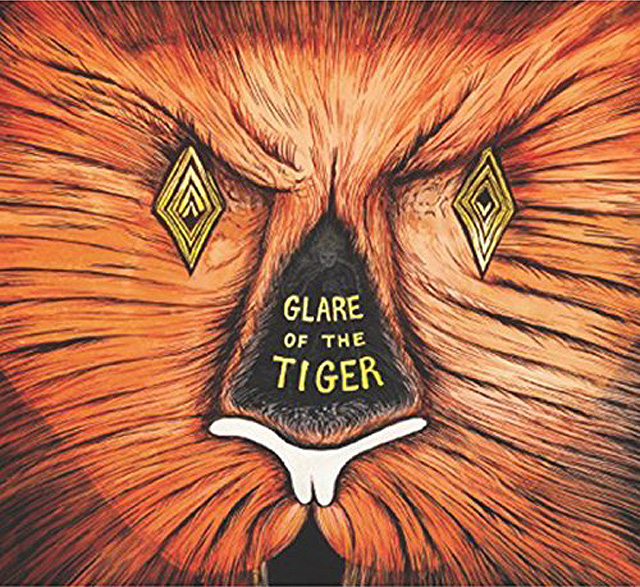 The most significant musics of the world have arisen out of settled, long-standing cultures formed of centred communities. African music is universal because all humanity came from that continent, eventually migrating to form the civilisations of India, China, Japan and Far Eastern civilisations, Wales and Ireland and Europe back to Africa via the Americas. In music a centred community is an ensemble that gives of itself to ignite a spark created by one of its community.

Among the most successful communities in contemporary American culture have been the orchestras and bands of Duke Ellington, Count Basie, Charles Mingus and other ensembles and symphonies and philharmonics… and the enduring ensembles created by Adam Rudolph; the Go: Organic Orchestras and Moving Pictures. In each instance these group has gathered together as if under a tent or praetorium; to create musical dialogue as part of a unique cross-cultural discourse, sparked in every instance by the unfettered mind of its headman – Adam Rudolph.

Through the incarnation of Moving Pictures Adam Rudolph has masterminded Glare of the Tiger, a fascinating inward-looking musical yogic journey. To undertake it, the musician must first awaken his mind’s eye, focus it on his intuitive self and awaken the very heart of his being: his creative imagination. The result, presented on this disc, is a fascinating sorjourn into the creation of a suite of music unbridled in its scope and extent that is released by the inner-vision of each of the musicians, collectively to form an explosive cyclical work formed as a result of a collision between The Seven African Powers and The Chakra System.

And although it took Adam Rudolph to ignite the spark and fan the flames, the fires are fed by each of the participating musicians (see below) soaring above paper and sketch pushing boundaries, creating a collective palimsest and propelling the music-as-language into a rarefied realm to converse with the ancestors and ultimately to praise and worship as if the presence of the Divine.

Mystical voices sing through hand-drum and drumset, keyboards and trumpet, sintir, guitar and bass and, of course flutes, saxophones and bass clarinet. Personalities dissolve once “Glare of the Tiger” begins leaving only the breath and the voice that comes either through the horn or from the fingers as they strike or pluck their way into the musical discourse. The only guide is the intuitive compass of the mind, the rhythm of the heart and the lines that criss-cross between them.

Thus we are presented by feelings and emotions in a heightened musical state such as “Ecstaticized” and “Dialogics”; unfettered movement created in rhythmic space and time, such as “Rotations” and “Ciresque”, and expressions in riotous tone colourings as in “Lehra”. The tension is palpable, the temperature extreme and the mood ebullient. But a modicum of calm must return before all is still and at peace after the peripatetic agitation, which is how we are returned to “Wonderings”, to reflect, to breathe out and rest in the caravanserai of the mind.