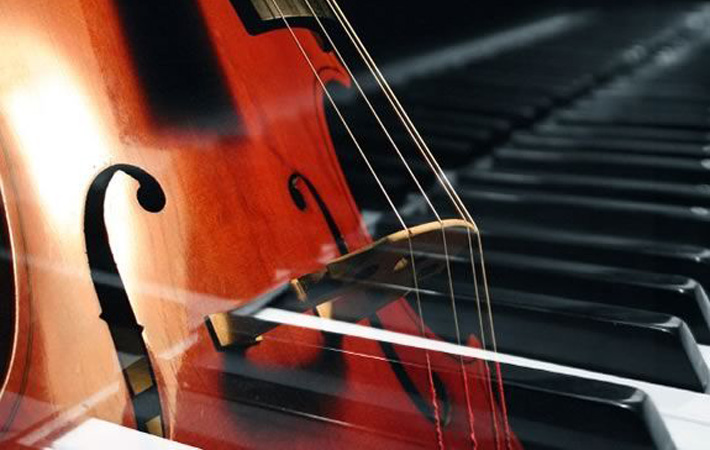 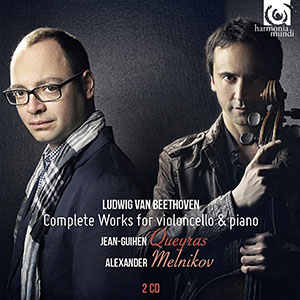 Beethoven’s first two sonatas for violoncello and piano Opus 5 No. 1 and Opus 5 No.2) were written in 1796 on the hoof, for the French cellist, Jean-Louis Duport—the first major chamber works for the instrument since Bach’s Cello Suites. Both sonatas follow the same two-movement pattern with a weighty first movement offset by a spirited Rondo. Anxious that the cello would dominate proceedings, Beethoven avoided writing melody-led slow movements and described the cello’s role as mere “obbligato.” The third sonatas (Opus 69, No 3) written in 1807, is a more ambitious work; one in which the piano and the cello speak as equal partners. One of Beethoven’s greatest chamber compositions, it shows the influence of the exploratory “Razumovsky” quartets and the experimentalism of Symphony No. 5 written at the same time. The last two cello Sonatas foreshadow Beethoven’s late period radicalism he called No. 4 a “free sonata” because of its daringly unconventional format, while its successor (No. 5) was one of the most unusual works by the then-43 year old composer had come up with to date.

Beethoven’s originals works for cello and piano also include three variations: WoO 45 was based on a melody from Handel’s oratorio, Judas Maccabaeus–the famous chorus, “See the conquering hero comes,” and “Variation Opus 66 on “Ein Mädchen oder Weibchen” from Mozart’s opera Die Zauberflöte, which as anecdotal evidence shows might have been written in connection with Beethoven’s trip to Berlin. The two works were published in the latter half of 1797 and sometime in 1798. There is no precedent for them. Die Zauberflöte is also source material for variation WoO 46, which appeared in Vienna in 1802. It is more than likely that the variations based on the opera Die Zauberflöte were character variations. Structurally Beethoven based the music on features of the genre, which enriches the variation in a minor key. Here Beethoven uses slow tempi in the penultimate position and a formally expanded final variation, achieving the effect of a final climax.

Cellist Jean-Guihen Queyras and pianist Alexander Melnikov complement each other like two voices alternately sharing the limelight each withdrawing into to shadows every so often to allow the other to shine. Queyras is fast earning himself the reputation of being a true master in the manner in which he seems to wear the skin of the composers as if it were second to his own. This enables him to inhabit their souls’. Alexander Melnikov is no different. He is not only a superior technician but is deeply emotional and uses stunning dynamics to communicate with the music. It often gives the listener the impression that the alternating lead voice of cello and piano engage in a beautiful call and response. And like the performance in Lieder, the lead voice is almost vocal while the latter is tempered by restraint and flash alternatively and vice versa between cello and piano. More and more these superbly recordings on the Harmonia Mundi imprint bring a thrill to both the connoisseur and the listener whose ear is not really tuned to heady mastering techniques. The music which is superbly performed is given a sublime boost by these technically superior recordings.