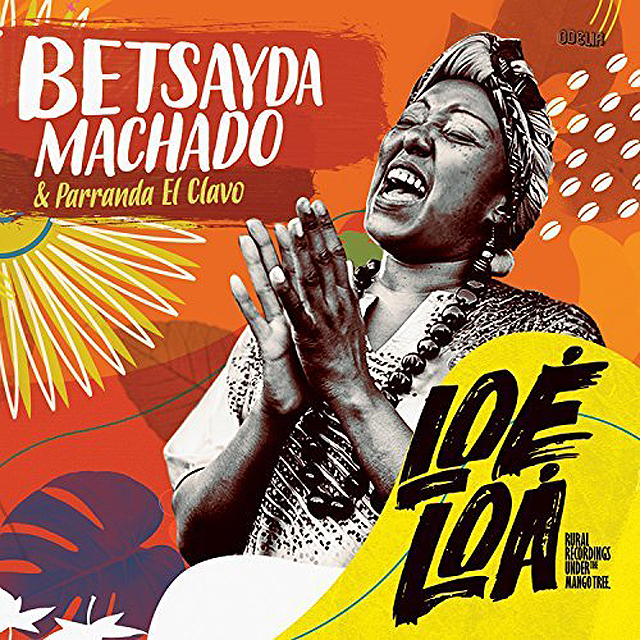 Betsayda Machado is one of a kind. A parrandera queen and notional leader here of Parranda el Clavo on the album Loe Loa (Rural Recordings Under the Mango Tree), Betsayda Machado is a singer like no other. Few – very few – Afro-centric cultures survive in such pristine grandeur, despite Spanish and Portuguese colonisation (or perhaps because of the colonists) in South America. And there are few, that is, like the cumbes of El Clavo, a village hidden in the brush of the Barlovento region of Venezuela. The artists who celebrate everything from the rising of the sun to local weddings, births and deaths are called parranderos, after the parranda a pure, volcanic form of the African polyrhythms melded in with uniquely locally inspired poetry sung in Spanish and danced to with singular vigour.

Miss Machado’s deep, seductive powerful contralto voice finds earthy expression in the heraldic and celebratory music of the men and women vocalists and percussionists in this short, but highly significant disc. Produced in the village she comes from these field recordings are excellent in quality. The music is a testament to age-old village traditions remarkably preserved without the external influence of western instruments – whether acoustically natural or amplified. Each song is performed by a lead voice with one or many voices responding to melodic vocal lines and chants. This is the as close to pure, unvarnished field chants and call-and-response vocal lines that always end in ebullient community singing. The community spirit experienced here is the oldest purest most joyous example of human interaction.

Judging by the photographic collage on the inside of the inlay folder, The recording event must have been an explosive one and it is heart-warming to recognise a production team comprising members from so-called advanced cities in other parts of the world could this happen in a manner that would preserve the authenticity of the people of this Barlovento village. It is a glowing gem of a recording, important for the ethnomusicologist as well as a listener who simply wants to experience the effervescence of a village in rural Venezuela that will challenge conventional ideas about what really constitutes that part of the world we call civilised.

Betsayda Machado and her parranderos performing on a visit to Canada