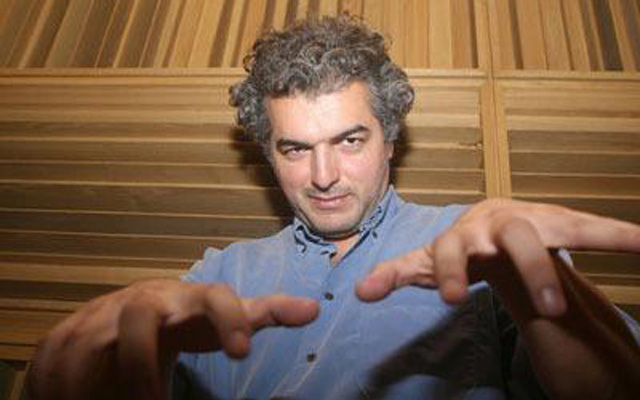 What makes the art of South America so alluring? It has existed, and more importantly, it has been developing in a steaming cauldron, cooking in the cradle where many great civilisations have been colliding for thousands of years. Despite all the attention that South America has received by conquerors and occupiers over the centuries it is only recently at a time of relative peace, that we seem to be paying attention to this art. But thanks to the ‘big money’ with capitalistic intentions what we read, view and hear is what is intended for our eyes and ears. That seems to be about to change, thanks in part to – and this is ironic – the migration of artists from the country of their origin to places where literature, painting, sculpture and music is becoming sought after and appreciated for artistic rather than for commercial reasons. Still, when it comes to South America, we seem to have merely scratched the surface so to speak. In music, for instance, what we hear most often is the music of Cuba and Brasil. Both cultures were colonised by Europeans, which is how the continent was also introduced – through slavery – to the cultures of the African continent. However, to think that Cuba and Brasil represents the culture of South America would be to deny the diversity that exists in the heart of each country of South America, from coast to coast.

Fortunately with the slowly loosening grip of ‘big money’ on art we are coming to face to face with exciting world of literature, painting and sculpture, and music of countries as far removed as Nicaragua and Chile is from Honduras and Colombia, and Venezuela. The discovery of folk traditions is a slow process and since language barriers still exist it might be some time for most of us to experience that world as it ought to be. But there is still painting, sculpture and music. And music, like food, is becoming the most authentic experience of the unique traditions of the many countries of South America, because it requires nothing but the total surrender of the senses to its irresistible charms. So as with the legion of musicians from Cuba and Brasil, we must now fall prey to the bewitching music of Colombia, Peru and Venezuela – all of which come together in the enormous artistry and musicianship of the pianist Leo Blanco. 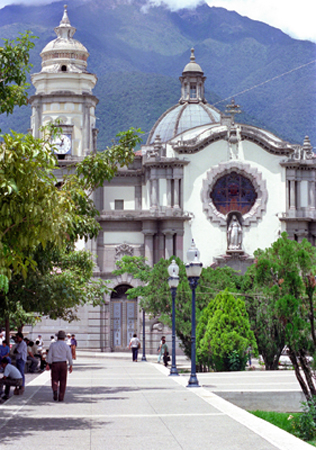 Leo Blanco was born and spent his formative years in the Northwestern state of Mérida in the Western Andes with cultural influences from Europe and Africa whose intermingling formed a new social class of people called Mestizos, who in turn form almost half the population of that state. This, as one would imagine, has played an important part in shaping the cultural colour and texture of the region, which, when melded into the indigenous population of that region has produced another unique aspect of Venezuelan tradition. Leo Blanco absorbed all of this even as he grew to embrace the Western Classical tradition of music with the piano being the instrument through which he imbibed it all. Blanco’s musical endeavours began when he was 11 years old in the Merida Symphony Youth Orchestra, but as happens with someone as prodigiously talented as Blanco the road to Caracas was a short one, no sooner than his talent was discovered. Here Blanco’s influences widened to include traditional, African and American music, which naturally included the most alluring music of all – Jazz. Not surprisingly Leo Blanco travelled to the US and to Boston, Massachusetts. Leo Blanco is currently a professor at the prestigious Berklee College of Music and is a Member of the Board at the Longy School of Music in Boston. He also frequently teachers master classes as a guest at the New England Conservatory and at Oberlin College as well as other centers of musical study in other countries.

But a biography can sound dry, unlike the musical artistry that is hidden inside it. Just as it is with so many great artists emerging from South America, it is also with Leo Blanco. Perhaps the reason why this has been so is also because the discovery of South American art – any art, not just music – remains an academic pursuit, consigned to concert halls, where those artists practicing their art exclusively in the Western Classical tradition such as Gustavo Dudamel reign supreme and that too because Dudamel is associated with a major American symphony orchestra. American music is still very much playground of stodgy, predominantly rich white social classes, where even a great cellist such as another Venezuelan, Carmine Miranda has to fight his way in. How much more difficult would it then be for an artist such as Leo Blanco who carries with him the riches of not merely the Afro-Venezuelan tradition, but more broadly speaking the tradition – African or otherwise – of a great part of South America. His performances have received critical attention in the conservatoires of America, Britain and elsewhere in Europe and some parts of Asia and the Far East as well. But despite his travels and global performances his greatest work has been done in Venezuela.