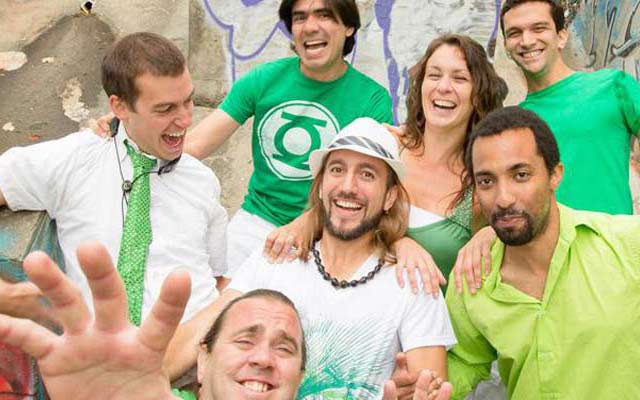 The members of Bombolessé – all eight of them – have a tremendous lust for life. It shows in their music and this wonderful album, Vice & Versa. They are also to a man, and a woman, appear to be unabashedly child-like in their approach to music. That manifests itself in the luminescent sound world of Bombolessé and continues through the various songs on this record. All are in their familiar fluttery-ecstatic vein, derived from a collision of African, Brasilian and Creole music. But don’t be fooled by this flighty lyricism. There is also a harmonic sophistication in the unbridled release of musical energy and this just might be the difference between this French-Canadian group and others who revel in this kind of music. 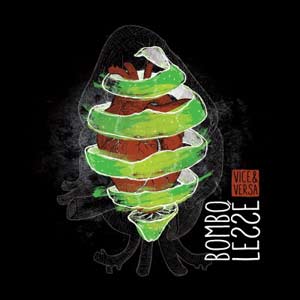 I would be remiss if I singled out any one song as an example of the joie de vivre of this extraordinary octet. Their music actually should be viewed as a whole, a sort of suite of music that will have the listener leaping up from his seat to dance wildly while also listening to the lyrical nuances that inform this group’s music. Theirs is a special talent and their natural idiom is all ripples, glides, shimmers and uninhibited music that explore the resonances of their individual instruments that become more potent as they engage each other in their wild world of music and dance that is akin to some of the early wildly swinging bands of another era.

This is not to say that their idiom is jazz. But they have the elements that make up that music. The difference is that it is all cleverly disguised in the mixed timbres of guitars, keyboards, brass and percussion that are remarkably multi-toned and impressively colourful as well. Another reason – and perhaps this is the reason why I find the band so attractive to the ear – is they find enlightenment in the transcontinental metaphors that dapple the music like iridescent sunlight on a stained-glass window that produces a kind of visual drama to the songs on Vice & Versa.

How boring this band would be if it were simply limited to guitars and percussion that hammered out music like so many bands trying to express a multi-cultural music. Instead Bombolessé have added a wonderful trombonist in Dominique Poirier who explores the tone and timbre of her horn with a sensitive composer’s skill in texturing. She plays lines that form a beautiful, transparent fabric, notes leant into rather than forced, and tempi and phraseology form a foundation to form a foundation to a recreative process that spreads beyond the printed page.

Ms. Poirier’s role in the band is pivotal to its sound and probably the most absorbing aspect of the music. This is not to say that the other members of the octet fall short of what it takes to make this music memorably. On the contrary they too are responsible for the unforgettable nature of this music on the album. My only gripe is that when you have music that is so infectiously beautiful there ought to be more of it on the album.

Their music sung in French, Portuguese, Spanish and Creole is an ode to joy while making people aware of the problems and inequities of our society. By following the course of life of the singer/bass player Julien Alvarez Thomet you begin to understand the origins of Bombolessé. He was born in Cuba and grown up in Brazil, of French father and Spanish mother. The artistic orientation of his compositions & writings is tinted of this cultural diversity to which Julien was exposed since always. Read more…