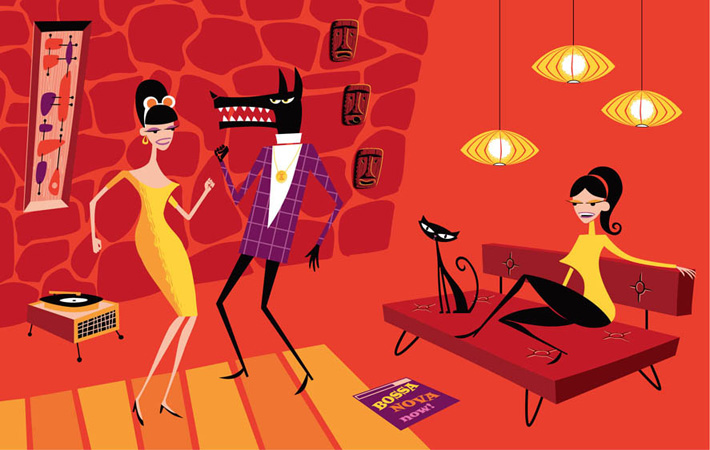 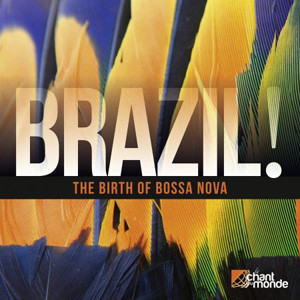 Brasil has long since moved on, but that Bossa Nova is still alive and well and still fascinating for the world—not just as a palimpsest, but as a living, breathing music almost 70 years after a handful of legendary Brasilians created it—is a testament to its veracity. In fact, in many respects this idiom that comes to Brasil hot on the heels of Bebop (in the African-American context, in the US) suggests that Brasil was experiencing its own musical revolution just as American jazz was experiencing its own. The inventive antecedents are eerily similar: in the case of Bebop, the idiom was literally created by Charlie Parker and Dizzy Gillespie. With Bossa Nova, João Gilberto’s music collided that of Antonio Carlos Jobim, both of whom were enamoured of the poetry of Vinicius de Moraes, followed by the guitar of Luis Bonfá and Baden Powell and so on…And just as Bebop continues to follow the line of the Blues to become America’s longest-standing idiom so also does Bossa Nova take its place in Brasil as the longest-standing idiom. This is perhaps why it makes eminent sense to document its rise to fame and glory in this extravagant package Brazil! The Birth of Bossa Nova with its wonderful selection of songs to wax eloquent with and sing into the sunset.

But what is Bossa Nova really beyond the near impossible way to render its actual meaning into any other language other than try and decipher its connotations from the Portuguese itself. It is first, and in its driest connotation to be rendered as “New Trend”. But it is clearly more than that. Musically it is a melting pot of idioms and metaphors ranging from the classic samba rhythm that was embedded in the folk motifs and melismas of Choro and others such as folk rhythms as Maracatú, Capoeira and so on, but at its heart was the wild and wonderful rhythms of samba. Vinicius de Moraes gave it the rhymes that writers of lyrics were inspired by. And then there was Jazz. Bossa Nova came into being almost as Miles Davis on the East Coast and musicians such as Gerry Mulligan and others on the West Coast were gravitating towards a the more laid-back “Cool” sound. Hence its reliance on the “lateness” of the backbeat of the samba and the almost brooding melancholia that came from Choro, rather uniquely related to the Blues as both came from the African root. So was Bossa Nova Jazz or Brasilian? The answer lies in the music that functions as the elaborate document on these two CDs.

The music brings together some of the most recognisable torch songs of the movement. There are tracks like “Chega de Saudade” and “Desafinado,” “Insensatez” and “Samba de Uma Nota,” but there are classic tracks that have been all but forgotten. These are the beautiful and ever memorable recitatives and songs sung by Vinicius de Moraes himself. These are Baden Powell and Vinicius de Moraes’ “Samba de Bênção” and their seminal track, “Berimbau,” that pays tribute to that African-Brasilian instrument the berimbau. And that is only mentioning some of the 32 tracks on CD1. Then there is the music of CD2, a disc that documents the virtual internationalisation of Bossa Nova by the itinerant Stan Getz, who was so enamoured of the idiom that he adopted it and introduced it to a legion of musicians by recording a number of songs. Thus he made famous charts such as “Desafinado” with a group of musicians that included guitarist Charlie Byrd and others. Even Miles Davis recorded Antonio Carlos Jobim’s classic song “Corcovado” during his wonderful musical association with Gil Evans. Mr. Jobim brought his unique voice to America with “Agua de Beber”. The great Brasilian guitarist Laurindo Almeida is represented by among several others “O Bararquinha” and by “Inquietaçao”. But the real classics are Coleman Hawkins who plays “Um Abraço no Bonfa” and Julian “Cannonball” Adderley who plays “Clouds”. To the extent that Bossa Nova was the source that spawned Música Popular Brasileira the seemingly haunting parallel continues with Bebop followed by so called Free Jazz it is a wonder that the producers of this fine package are not already considering representing the mighty works of Gilberto Gil, Caetano Veloso and even Os Mutantes in a follow up package on Brasil.

About Brazil! The Birth of Bossa Nova

This specially priced two disc set, Brazil! The Birth of Bossa Nova, features all the major artists and musicians who created and introduced the world to the iconic Brazilian beat. Featured artists include Vinicius de Moraes, Baden Powell, Laurindo Almeida, Antonio Carlos Jobim, Astrud Gilberto and American jazz greats Stan Getz and Kenny Burrell. Tracks include timeless classics such as João Gilberto”s “Chega de saudade,” “Desafinado” from the 1962 album Getz/Gilberto and Elizete Cardoso singing “Manha de carnival” from the 1959 film Black Orpheus. This album (best enjoyed with a frosty Caipirinha) is like a ticket to Rio.