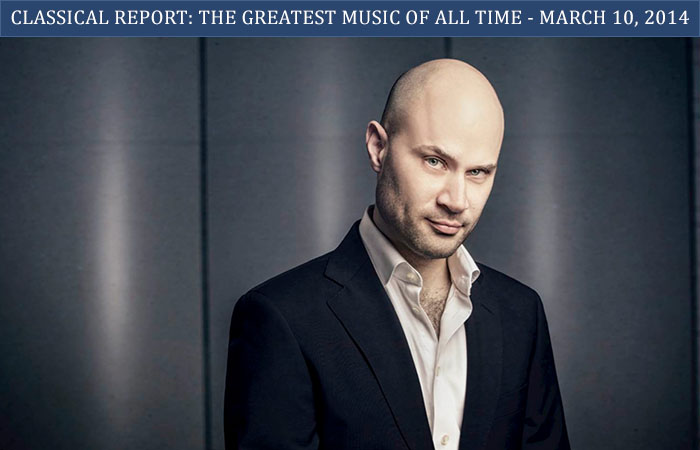 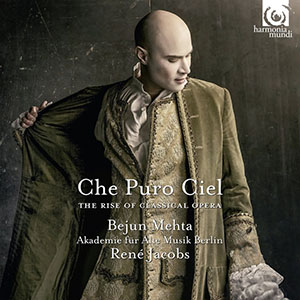 The minor revolt that brought back opera seria, reviving and recalling epic Greek drama, its incumbent sense of theatre—complete with the finery of its costumes, stage settings and art direction—as well as belle canto did not begin until early in the 18th Century and continued well until the 18th Century. What began at the hands of Georg Frederic Handel reached its apex with Christoph Willibald Glück (1714—87) and Tommaso Traetta (1727—72), who played a pioneering role in classical opera, some years before Glück, when he attempted to merge radically divergent forms of French tragédie lyrique with Italian opera seria. But it was Glück, who with remarkably beautiful opera and manifestos and palimpsests to support what he was trying to reform, who played the major role in the rise of classical opera. This is the premise or at least the centrepiece of this recording Che Puro Ciel: The Rise of Classical Opera. Not only does it succeed in showing this to be a necessary revolution, but with the celebrated countertenor, Bejun Mehta performing the arias form the great operas of that age, under the Akademie für Alte Musik Berlin conducted by his regular partner, René Jacobs makes the beautiful arias his own and the come to life with exquisite grandeur.

It might have been easier to perform a program of Glück and Traetta, but wisely the producers chose repertoire not only from these two mainstays of Classical Opera. Instead Mr. Mehta was provided with manuscripts from a generous sample of arias from the operas of Glück, Traetta, but the repertoire also includes Wolfgang Amadeus Mozart with “Ascanio in Alba” and “Mitradate re di Ponto”, Johann Adolf Hasse with “Il Trionfo di Clelia”, Johann Christian Bach with “Artasese”. But the majority of the music comprises aria from opera written by Glück and Traetta. At any rate and without being judgemental about the importance of the operas, or whether they were important or mere curios of their time, it bears mention that while not being a palimpsest of any kind, the idea—and this is noble—to put together arias and a great voice. That being said, no better stellar candidate could be proffered for these various roles performed here than the magnificent Bejun Mehta.

Mr. Mehta is considered one of the great countertenors performing today and he recently came off a recording of Handel’s arias on his celebrated and critically-acclaimed recordings, Ombra Cara a collection of Handel’s greatest work. Here to his performance is flawless; with forceful performances that eschew sheer sentimentality and focus instead in the deeply emotional relationship of the characters in, for instance, Glück’s “Orfeo ed Eurídice,” as well in “Antigona” and “Iphigenia”. That is not to say that he does not get effectively into character for the other roles, but these arias are the most memorable. In other arias where Mr. Mehta has strong performances. In “Ascanio in Alba” for instance he has an immaculate sense of line and an ability to hurl coloratura about like weaponry. “Mitradate” can be a bit monochrome in his steely determination and Mr. Mehta has more than captured this essence in the aria. The Akademie für Alte Musik Berlin under the baton of René Jacobs is exquisite and rather shapely which is why all things considered this is another disc from Harmonia Mundi destined form much critical acclaim and extraordinary popularity as well.

Countertenor Bejun Mehta is one of the most acclaimed and sought-after artists of his generation. He regularly performs the great roles of his repertoire with leading opera houses such as the Royal Opera House, Covent Garden, the Bavarian State Opera Munich, the Opéra Nationale de Paris, Theater an der Wien, the Berlin State Opera, the Théâtre Royal de La Monnaie, De Nederlandse Opera, Gran Teatre del Liceu Barcelona, Teatro Real Madrid, the Metropolitan Opera, Chicago Lyric Opera, as well as with the Salzburg, Glyndebourne and Aix-en-Provence Festivals. Read more…