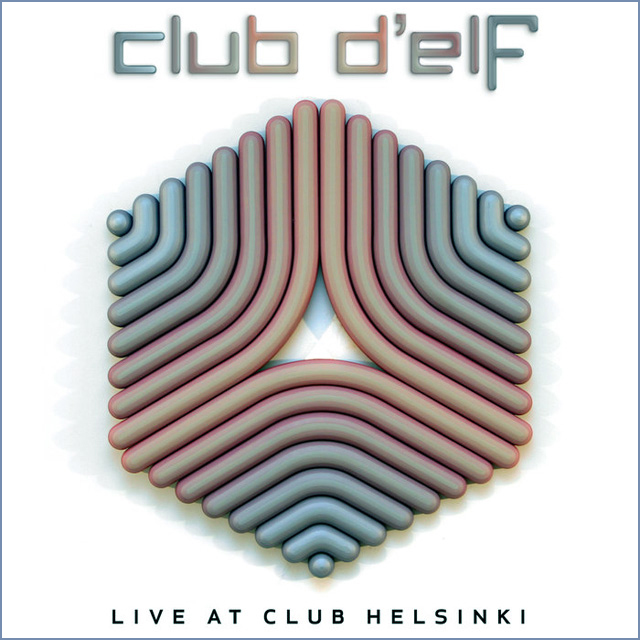 Clearly there is at least a guiding spirit on throughout this performance Live at Club Helsinki by Club D’Elf. It seems almost hackneyed today to identify this as being an ‘African’ or ‘Middle-East/African’ one. However, it has also been posited by greater mortals than myself that all human life as we know it – religious fundamentalist ideology apart – rose to eminence (in fact was born) in the womb of Africa in or around the Great Rift Valley, and then spread to and first settled as a civilization somewhere on the Upper-Nile, where it came to be identified as the first Nubian civilisation. From there, after a series of migrations tens of thousands if not a few million years ago across what we now characterise as The Continents. East and west they went hugging the banks of rivers and oceans.

And so it’s hard not to believe that Brahim Fribgane is not that guiding spirit when we hear the strains of Gnawa music in the voice of Mr Fribgane’s voice, his rhythmic chanting that undulates in and out of Mister Rourke’s samples and scratching, in the instrumentation (that includes the Moroccan sentir) played by bassist Mike Rivard, in the ululating melodies picked out on the myriad keyboards by John Medeski, the demented, wheezing guitar-playing by Duke Levine and the chattering, yammering battery of drums played by Dean Johnston and certainly in the fluttering and wandering of Thomas Workman’s flute on “Al -Hadra” and “Zeed Al Maal” on disc two.

Although more pronounced on the music written by Mr Fribgane and on the traditional material the ‘African-ness’ of the music becomes more pronounced in the mesmerising Gnawa rhythmic and ghostly voices in the background of “Al-Hadra” and “Zeed Al Maal” that beckon us, eyes wide shut, to the ritual cleansing through the trance of the seven colours. Of course there is much more and it all comes to a beautiful droning crescendo on “Sidi Rabi” a hymn to the ‘elder’ saint by Brahim Fribgane.

All of this is a willing collusion, though. It is also a meeting of minds that takes place in the subconscious of each of the musicians, who ultimately come from various parts of the planet, but who have been united by music – probably the first spoke language by all humans before the curse at Babel. This might lead one to speculate that improvising came long before Jazz developed from The Blues of the Black American. And if you do you wouldn’t be wrong. There is obviously more to Africa than anyone of us knew or believed and it’s all coming to light in this profoundly beautiful music by Club D’Elf.