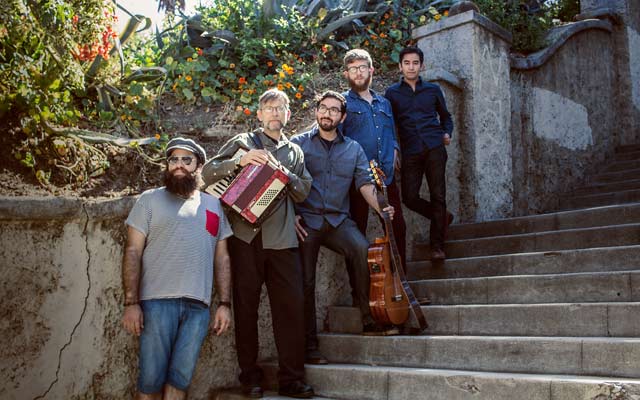 Blood and Sand is how this title translates into English; couple that with the fact that my copy of the disc has no notes whatsoever, I approach this record as perhaps one that is a sort of South American Project in the grand traditional manner. In fact all of the tracks here are based on 19th and 20th century folksongs. The instrumentation is simple and ingenious; two plucked instruments – guitar and bass – an accordion, violin and a myriad of South American percussion all of which provide a beautiful setting for the music. But remember here that the instruments were introduced to Peru and other Latin countries by the 16th and 17th century Spanish and Portuguese and therefore represent a kind of living Baroque. 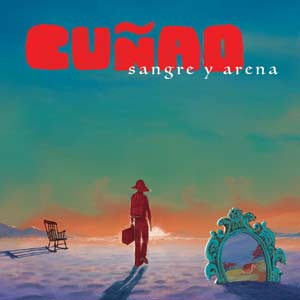 In an imaginative reversal the (now) New Yorker Julio Montero has applied his little ‘big band’ continuo lineup, putting his own spin to folk melodies, adding in the odd charango or arpa llanera and cumbia twists. There is also a colourful and swinging arrangement of Eastern European and West Coast cool to the music. So much for the explanation. We would have been better served by Mr. Montero’s notes, but there you have it. However, the important thing is to enjoy this music for its immediacy and honesty. And in that it is deeply pleasing. The songs are a typically Latin American mix of haunting melody and rich imagery.

But the whole project gains strength and variety from its quality of performances. Cuñao’s instrumentalists are top-class and each of the singers has something special to offer, from Mr. Montero’s sweetly plaintive tenor to the extraordinarily touching and passionate tones of the other singers. But it is the youthful passion of Mr. Montero whose hard-won emotional authority as a folk singer makes the disc, for me. ‘Early-sounding’ traditional/folk music is not all that this is. But it surely is beautiful music-making. Captivating and beguiling and in more ways than one of those albums you cannot help playing over again.

Cuñao speaks in a voice that feels the duality of cultures as the norm not the exception and that learns the way of the new but yearns to belong to the old. Cuñao is a Los Angeles-based, Latin Folk group. They use their South American background & influences to create evocative, poetic songs that transcend time and leave listeners with lush images. A group of multi-ethnic musicians, Cuñao puts a global twist on their Latin sound by exploring African rhythms, Eastern European melodies and American Rock aesthetics. Read more…

Various Artists: Piano in the House