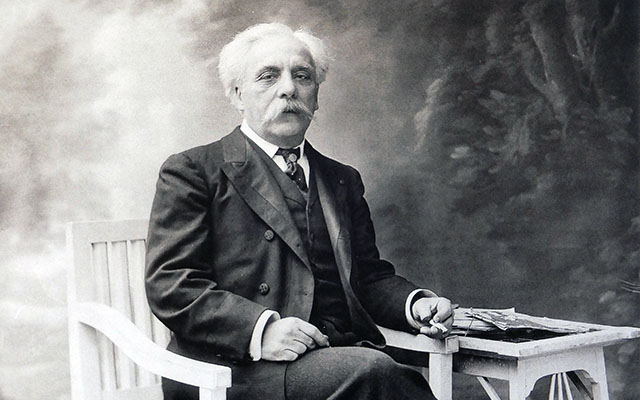 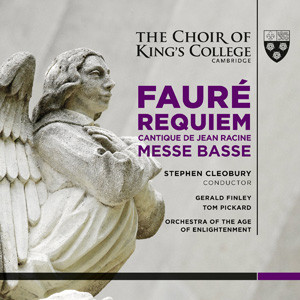 Of all the great requiems of the eighteenth century, Verdi’s sounds as if it were written for the opera house, Brahms’ for the concert hall—Fauré’s alone has the odor of incense, thanks to his career as an organist and his intimacy with church music. This is a work that offers lilting comfort, reassuring the faithful that there is sublime respite in the face of death, rather than overwhelming judgement. Significantly it also omits the “Dies Irae,” allowing only a passing reference to it in the “Libera Me” section. The overwhelming sense is one of peace and serenity, which, in the “Agnus Dei” is transformed into an almost joyous resignation. Perhaps the most innovative feature of the work is its orchestration, which omitted wind instruments to create a warm mellow sound. At the request of Fauré’s publisher, however, the Requiem was re-scored for full orchestra in 1900 and that is the version most commonly used in performances today. In addition Fauré also wrote other liturgical works for which the short Messe Basse for high voices is the best known. Originally written for Messager, when it was known as Messe des pêcheurs de Villerville, it was revised by Fauré in 1906 to make it entirely his own, creating a work that is striking for its clarity and simplicity in religious sentiment.

The soaring treble of Tom Pickard and the glorious rumble of Gerald Finley’s baritone are forever entwined in the sublimity of the church organ to form a smoothly paced narrative and recitative designed for the gravitas of the liturgical event. The performance is not only musically mesmerising, but also exquisitely recorded, with the production team always on hand to illuminate exactly the right accents of the musical details seemingly perfectly on cue. It is also possible to admire organists Douglas Tang’s and Tom Etheridge’s delicate touch. Then there is the profound playing of the orchestral parts in particular the sotto voce in the “Pie Jesu” and in the added on “Offertoire” in the edition by John Rutter. Of course the choir is in an intimate manner and the apparent intimacy of their arrangement produces sweet conversational artistry. The soloists step forward from the choir. Gerald Finley sings with stylistic sureness and radiant personality in the “Offertoire” and in the “Libera Me.” Few baritones today can match Mr. Finley’s experience in this repertoire, in which he conveys compassionate authority in all of his soli. Tom Pickard’s treble is sure-footed and bell-like and radiant in the high melismatic passages and the two form elegant dialogues with the choir and orchestra when it comes their turn to do so. And then there is the shrewd direction of Stephen Cleobury, who does his job with the emphasis that less is more. He seems to calmly control the mighty choruses with organ and strings so that they are elegant and light-footed rather than ingratiating and bombastic. This is one of the better versions of a requiem that is timeless and dramatic as well as one that speaks softly and comfortingly to what would be a pensive congregation.