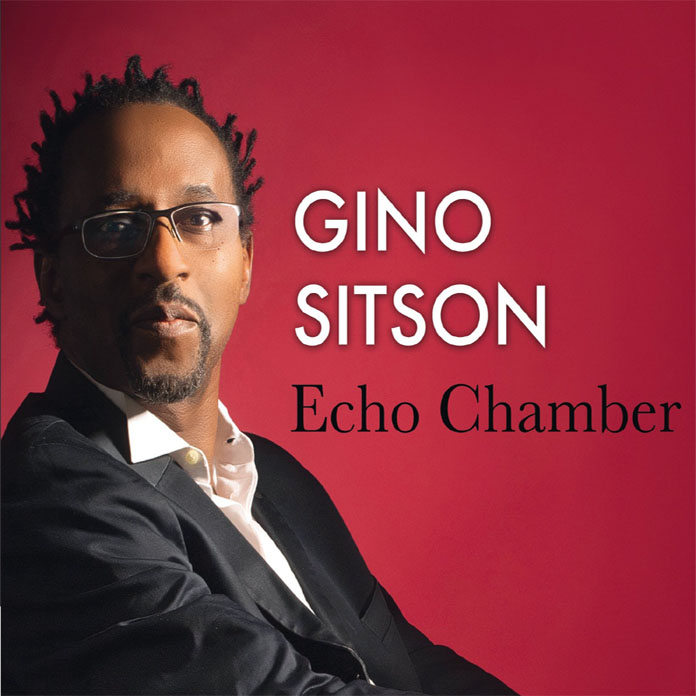 Every song tells a story on Echo Chamber by the inimitable Gino Sitson. Although he is multi-lingual, Mr Sitson sings his stories – in the grand manner and in the seamless continuum of the African griot  – in his native Medumba. It would have been frustrating for those who do not speak the language to follow what Mr Sitson is singing about were it not for booklet notes that provide a most appropriately short introduction, or background, to each – and that too, in English and French. But what’s most important is that his vocalastics – for the vocal gymnastics that he indulges in is the only way to describe his vocal style – takes you to a place and a space where every narrative is understood in its own way.

Moreover, as if by magic as well as by design, Mr Sitson has arranged this music to include a marvellous trio of cellist Jody Redhage, violist Lev “Ljova” Zhurbin and clarinetist Mike McGinnis. These musicians do not simply accompany Mr Sitson; rather they follow his vocal adventures and introduce us to the landscape, the miscellaneous characters and, most importantly, create a mood into which the emotional content of the music is poured as if it were a romantically and endlessly flowing river of sound and emotion. And with this we are transported to the world of Mr Sitson, sitting by him as he spins his vivid stories.

At first blush it may appear as though there is but a little daylight between Mr Sitson and Bobby McFerrin. Both men use their voices and the enormous vocal ranges, from falsetto to bass-baritone, to great effect; both also use their bodies to paint from a percussion palette. But the differences between the two are actually enormous. While Mr McFerrin (usually) sings wordlessly, Mr Sitson actually uses words sung with breathtaking dynamism and leaping across the soundscape with extreme vocal gymnastics (hence the word vocalastics) to narrate stories and paint pictures that fill his African landscape with colour and sound, often swapping one for the other, but always arriving at a place that seems to put his stories right there where we can follow them.

Echo Chamber – especially the song of the same name – is also a cautionary tale in which Mr Sitson takes us to a place of great beauty, sadness and danger. His vocalastics also soar into a heavenly realm first with the great Portuguese vocalist Maria João on “A Night in Molyko”; then on “Upward” with Manu Dibango on marimba and with breathtaking effect on “VoKalimba” a track on which the incredible René Geoffroy provides accompanying tintinnabulation with a bouladjel. This is a benchmark recording not just of music from Africa, but contemporary vocal music from a world gone weary with strife, yet soaring with hope.

To Paradise for Onions: Songs and Chamber Works of Edith Hemenway