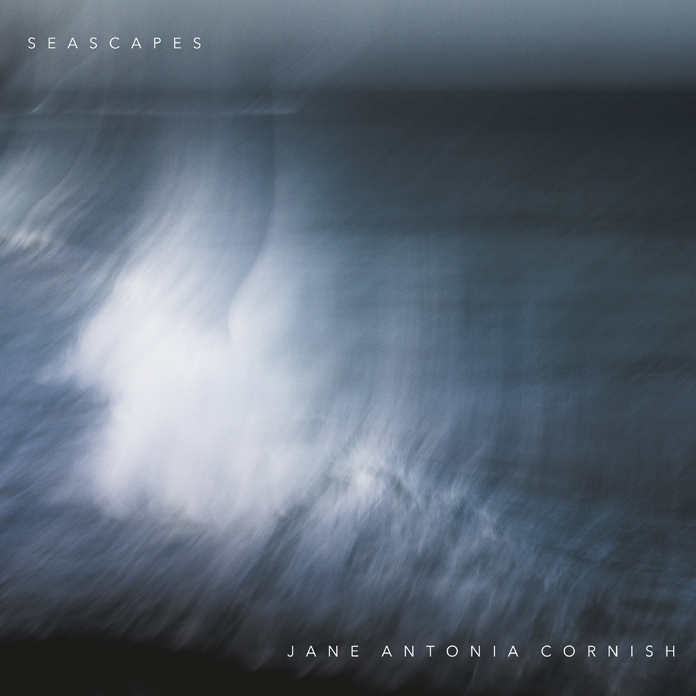 The composer Jane Antonia Cornish is an astonishing talent. The scope and ethereal beauty of her work has yet to be fully grasped even as her burgeoning reputation has spread from Europe (She is English) to the United States of America and beyond. Her compositions affect the senses in a manner that is transcendentally calming, vivid and exciting. Her works have a sense of epic sweep and are infused with cinematic narratives.

Seascapes is absolutely breathtaking. The work is set in three separate sequences, each seeming to transpose the immense aspect of a sea that is observed, heard and felt as by body, mind and spirit. In her writing here, there is a prevailing sensuousness that seems to rise and not quite fall, but hang in suspended animation, poised, as it were to tumble and cascade which, of course it doesn’t do. Instead the dramatic momentum builds with profound melodic slowness announced by the piano while the powerful harmonies hang, seemingly interminably in the somberness of the strings, together observing the work’s delicate balance between colour and texture.

This is a highly personal creation of great solemnity, resembling Fauré in its harmonies if not in its sentiment. An overwhelming sense of mystery pervades the music – including in the two shorter works, “Yügen” and “Drift” that separate the main body of “Seascapes” from the “Epilogue”. Everything seems right in these sincere and poised compositions. Nothing is forced or exaggerated, or overly mannered; tempo and balance – all seem effortlessly and intuitively right.

The chamber ensemble creates a powerfully dramatic atmosphere, while conductor Benjamin Grow brings out the richly varied sonorities of each piece with subtlety and restraint making more memorable the eloquent work of Miss Cornish, an artist of the first order, with a complete sense of the poetics of music and a vision of how to bring that to fruition in her work.