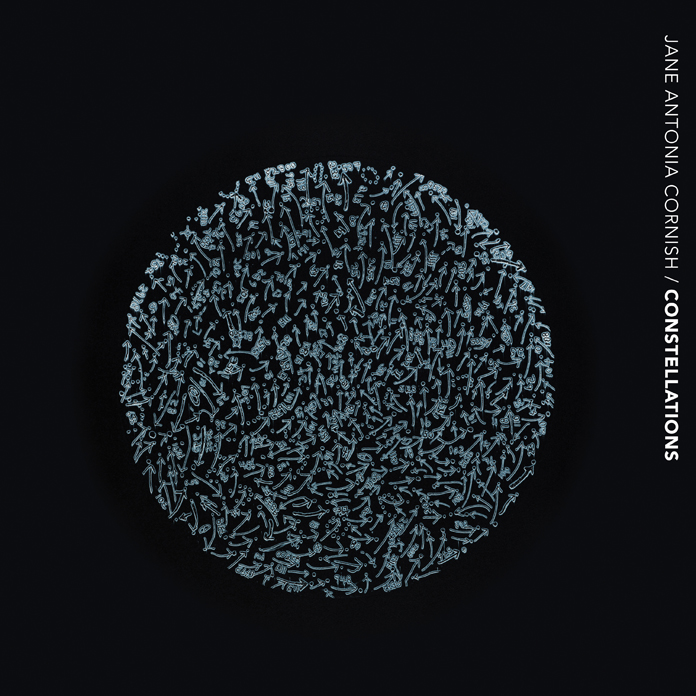 Listening to the music by Jane Antonia Cornish – especially in these troubled times – is one of the most edifying experiences. As with Into the Silence, so it is also with Constellations. Miss Cornish’s absolute mastery of atmosphere leads one to believe that she can seemingly make time stop. On the works of this disc, Miss Cornish does something even more remarkable. She uses the colours and textures of stringed instruments – the violin, viola and violoncello, and the piano to seemingly create a sonic palette that mimics Time, altering its abstract state and turning it into a concrete, living breathing entity. More magically this Time is given voice through dyads and double-stops – played con arco and pizzicato – by the stringed instruments while in the mystical echo of electronics we catch ourselves suspended in Time and dallying in its music – each a represented almost like a quantum packet of pure energy – a figment, so to speak in these teeming Constellations.

All of these works are performed with supreme gravitas and sensitivity. However, even in their lofty echoing magniloquence the music remains earth-bound. Notes and phrases are released by the performers, leaping off the staved paper and into the air where they come to life, morphing into dancers engaged in an interminable dance. On the two “Constellations” that bookend the album, phrases stretch and reach out like arms seeking to embrace other phrases – dancers in some fantastic contrapuntal pirouette, enjoined and separating like besotted inseparable lovers. “Lux” is a haunting masterpiece not that far removed from the ghostly brilliance of Elgar’s “Enigma Variations”.

“Beyond the Sky” with echoes of Kubrick and the endgame of “2001: A Space Odyssey” as the words “Jupiter and Beyond the Infinite…” were flashed off the screen is an enormously portentous piece and is as powerful as it is a rapturous echo of purity and innocence (Dare we imagine impending “rebirth” and therefore “hope”?). Meanwhile “Wave Cycles” is full of mysterious depths, expectations and – in its crests and troughs – bring intimations of doubts and hopes as the music seems to move inexorably onward like a quasi-Mendelssohnian scherzo glimpsed by moonlight in a forest. In sheer colour and the intensity of its characterisation, in its uplifting sensibilities and its refinement Miss Cornish imparts a power and living stature to this music that no amount of “bigness” (a route often taken by contemporary composers) can achieve. One again Miss Cornish has created music on an album to die for…