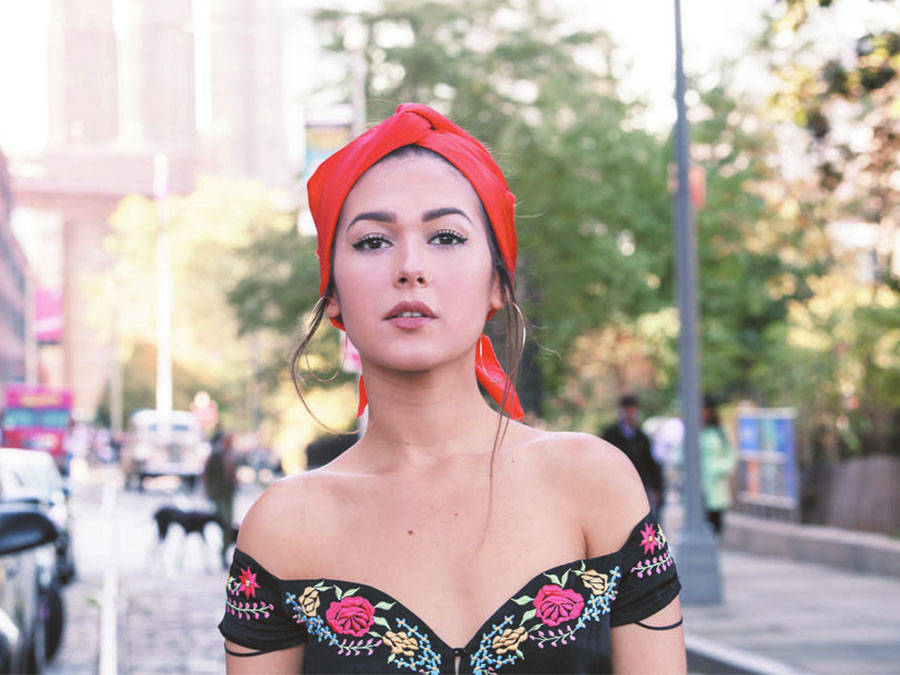 This fascinating disc, Voy, earned Nella the Best New Artist Award at the 2019 Latin Grammys. It’s no wonder that the recording enabled her to earn that prestigious accolade. The dusky Venezuelan star has an ephemeral rasp in her voice and, projecting her nubile character, is at the top of her game throughout. This, and her ability to deliver songs with bewitching sensuality not unlike a kind of musical Lolita (although this she is not), makes this repertoire irresistibly hypnotic. Throughout this repertoire we find that Nella reinvents herself convincingly in real time – now a troubadour, now a folk musician, now a temptress, now a concert-hall superstar.

There is a compelling earthiness to Nella’s singing throughout this recording. Hers is a truly remarkable voice – smoky, sexy, lived-in and knowing. It’s hard to imagine any of these songs could be sung better than by her as she takes us into the world of narrative, emotion and archetype that informs lyrical poetry, as an almost sinful desire and chaste ritual collide; as toreadors are loved, lost and mourned, and vitality and death jostle for supremacy.

The disc opens – appropriately – with “Voy”, which features the vocalist turning now operatic diva, now a flamenco singer and sets the scene for a performance that is full of seduction and surprise. The other aspect of this magical disc is the absolute genius of producer Javier Limón who has composed this repertoire which seems draped around Nella like a second skin and, which, consequently could never have been sung by anyone else but her.

Featuring gorgeously crafted arrangements of beguiling variety and sensuousness in every phrase, lovingly caressed at every turn Nella. Listening to the way in which she seductively bends the notes in “Te Dirán” and how she sculpts the long inventions of “Una y Otra Vez” it’s clear that there’s not a single semiquaver that hasn’t been fastidiously considered.

Mr Limón has also staffed this recording with musicians who are fully attuned to his exacting vision of the disc and the miraculous artistry of Nella. Accordingly Jorge Glem makes two magical appearances, as also do Ilan Chester, Santiago Periné and the sensational Flamenco star, Alba Molina, who is nothing short of beguiling as she shares vocal credits and more than a chorus “Una y Otra Vez”. Make no mistake: in Nella a superstar is born.