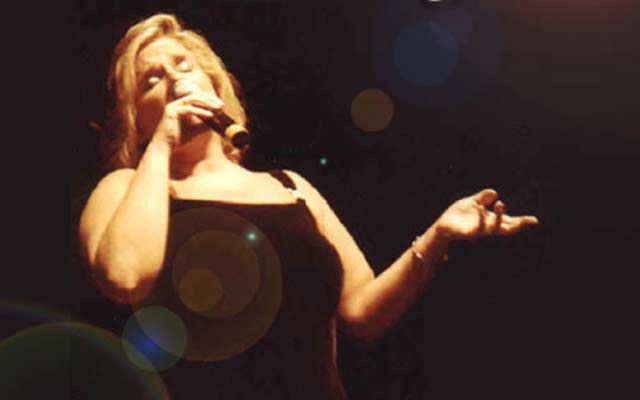 Raízes / Roots explores the nature of the interconnectedness of things, indeed. Picking up on that, this excellent album is like an elegant underground railway system linking the folkloric music of Jewry with that of Brasil into what Brasilians like to call mistura fina, as well as linking the elasticity of jazz with Berlin Cabaret music, Middle Eastern music and the chamber music style of the post-serialist 20th Century conservatoire. But to describe it as such tends to give the impression of overcooking when in fact the whole project is quite the masterpiece of subtlety. 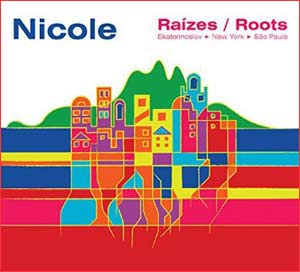 Nicole Borger’s take on the common lineage of music is less than conventional here, seeing her summoning the magical and mystical tones of the berimbau, the clarinet, the accordion, mandolin and violin in all their folksy grandeur as they float benignly over the cross-hatching sounds of the rest of the ensemble that in its turn adds a rich and not entirely predictable harmonic foundation to the music. The surprises, when they come, are effective but discreet: an Amazonian-like riff is played as pizzicato harmonics, a delicate curlicue of a bassline underpins what sounds like an Ekaterinoslavic lament and a close-knit ensemble passage develops from a single phrase.

All of this is exquisitely crafted in affecting gesture and melismatic beauty. There is also a sense of muted serenity that lingers throughout this recording and this is meant to speak to the almost spiritual nature of the music here. An obsessive perfectionist Nicole Borger took her time to polish these works into gleaming gems. Her interpretations of the Hebrew folkloric world and its melting into the folklore of Brasilian choro and other forms are seamless and idiomatic – never flashy, unlike some of her more flamboyant younger contemporaries.

I have enjoyed every one of the songs on this set. They more than live up to their expectations. The members of this ensemble parley with the familiarity of old friends, yet their playing always retains that sense of gracious etiquette associated with the noble academies of the day for which the music was no doubt intended in its original inspirational form. Nothing is forced or exaggerated or overly mannered; tempos, ensemble and balance – all seem effortlessly and intuitively right. The sound is lucid and the instruments associated with Brasilian urban folk music add warmth to the continuo.

These are, in sum, sincere and poised accounts a fitting tribute to the deep and soulful musical topographies of Brasil and Eastern Europe. All praise to Nicole Borger for her bravery in going the distance and to Frank London for producing and arranging this. The recorded sound balances detail and warmth.

Born in São Paulo, Brazil, of an American father and a Portuguese/German mother, Nicole started taking piano lessons at six. Along with her musical career, Nicole obtained a Law Degree from the Catholic University of São Paulo. She is a practicing attorney. Still, her studies of music continue to this day at São Paulo´s Santa Marcelina University, where she is working on a degree in Composition. Raízes (Roots), the new recording by Brazilian singer and songwriter Nicole Borger, is more than a collection of great songs. It´s a celebration of a life story. “I am this mix,” says Nicole. “I’m part Brazilian and part American. I am Jewish and I’m cosmopolitan. I like mixes. I believe in fusion and I believe that I express myself in this mixture.” Raízes is a celebration of roots and reinvention.