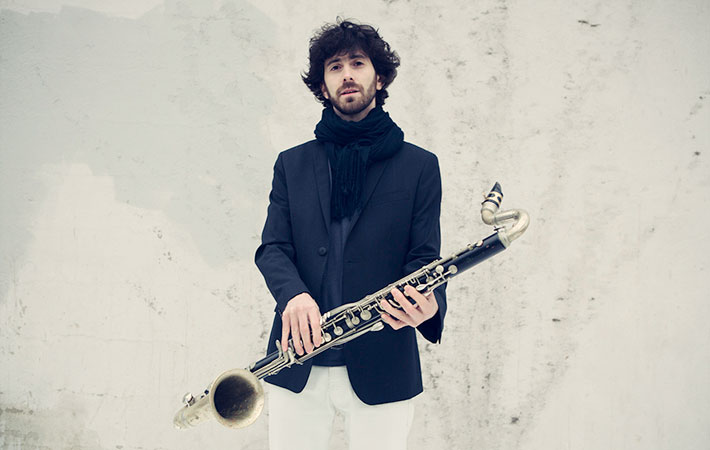 The folksy phrasing of the clarinetist and saxophonist is affecting and is informed by a dallying lilt that is unfettered. Notes hang as if suspended in mid-air and then they pirouette and fall to the ground, a statuesque demise of arcane sound that comes together in diaphanous sheets. In Oran Etkin’s playing there is another view of the saxophone and the clarinet and this is one that is wrought from an intensely personal response to phrasing and structure; and intensely felt in his charts, exemplifying too the composer’s impromptus, exemplifying in the music of other writers—and his own—an instinct for unearthing surprises in the fluidity of melodies. The gravitas of Mr. Etkin’s sensibility is also best suited to the lonesome bellow of the clarinet. With this mellifluous décor, Oran Etkin is able to swathe his lines in an elemental melancholy, accentuated by the arrestingly slowed tempi that he so love to play in. 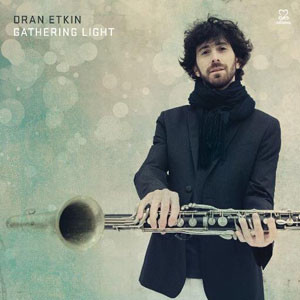 While most of his playing glides gently there are lines that are swift and stormy; sometimes histrionically so. However, for the most part his temperament is one of sanguine and the music is elastic, formed of melodic curves in all the right places. While this sonic geometry is evident in the rolling accents of the clarinet, it is also prevalent in the tenor saxophone. It is a pity that there are not more songs on which Mr. Etkin performs on this instrument for he is quite an extraordinary performer on the tenor albeit the saxophone occupies a crowed quarter in the musical world. The music of Gathering Light spins to giddying heights. Along the way the protagonist visits diverse settings and he allows the music of a myriad of metaphors to bloom. The long line is Oran Etkin’s starting point. However undulant he feels it need be, however delicate or powerful he feels it need be, it is always an integral part of the rhythm of a piece.

On the bass clarinet, an instrument that is frequently played here, on “Shirim Ad Kan,” for instance there is a gripping, expressive strength on display characterised by the composer’s consummate linear control over bending and straightening the tempo. But the crowning glory of the album may well be the song that comes towards the end of the record—“Der Gasn Nigh (Street Song)” is a refashioned Yiddish melody that has a second Line sensibility and is played with a combination of chaste restraint, romantic panache, tonal depth and immensity of scale in a disc that forms a reminder of the beloved axiom of improvising musicians: Faithfulness to the text alone is not enough, everything cannot be set down. Because of this the recording is full of surprises and reaches the proverbial heights of creativity and invention.

Oran Ektin has been described as a “great clarinet player” and “an excellent improviser” by the New York Times music critic Ben Ratliff and a “composer of eminent individuality” by his mentor and teacher, the legendary Yusef Lateef. His music is featured on several CDs, including a GRAMMY Award winning compilation CD “All About Bullies”. Etkin’s latest album on Motema Music, Gathering Light, features his trio with Nasheet Waits and Ben Allison plus guests Lionel Loueke and Curtis Fowlkes. The album interweaves Etkin’s fresh and adventurous compositions with melodies and rhythms he discovered on recent concert tours in Indonesia, China, Japan, Israel and Europe. Read more…