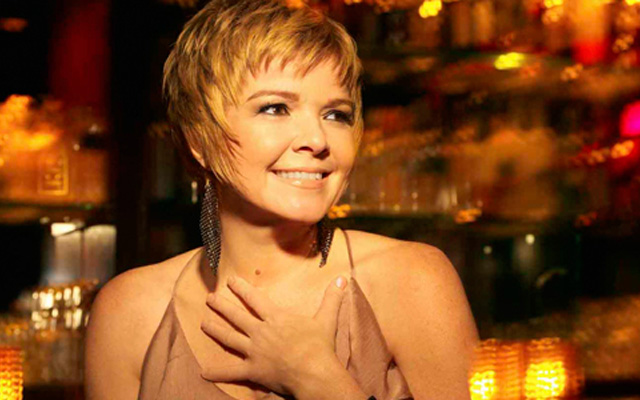 I am mandated – no, must write a review with at least 500 words. My other review would have a mere five words: “This is a great record.” But let’s say I decided to write a longer version. This is what it would read like.

What a glorious record. Simply glorious. Listeners would surely have heard these songs like these standards before. Two of the greatest divas of Jazz, Ella Fitzgerald and Sarah Vaughan, have both recorded Rogers and Hart Songbook(s). And this album Many a New Day where Karrin Allyson sings Rogers and Hammerstein compares very favourably with those. In fact it is a keeper, just like Ella’s and Sassy’s. And with good reason. Allyson is first and foremost a visual singer. The music here sounds as if it were a soundtrack to a film, edited from the repertoire of films from which this music comes. The music conjures vivid moments from the films associated with these songs and Allyson’s vocals even light them up like a cinematographer. Listen for instance to ‘Something Good’ and ‘Edelweiss’ and those who don’t see those misty moments under the moonlight in the captain’s gazebo, or the captain in the spotlight on the grounds of the castle, moments from the film playing before them may be deemed to have lied. 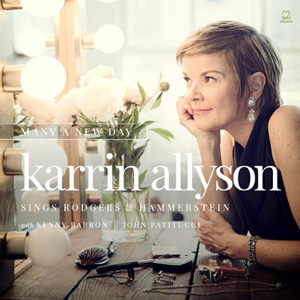 Karrin Allyson could not have asked for better accompaniment for this sojourn. Kenny Barron is one of those giants of Jazz who literally lights up the music that plays every time he plays. His fingers are touch-sensitive. Nerve endings in each of his ten digits seem to work with ‘synapses’ from heart and soul and not only the brain. Barron’s playing is exhilarating, extrovert and virtuosic. Technical challenges associated with this repertoire are surmounted almost with nonchalance. He has the most rewarding sense of rhythm, light, high sprung, light and incisive and entirely secure, which pays its way throughout the works. He navigates through accompaniment and all-too-brief soli with grandeur as if it were the most natural thing in the world. The other accompanist, bassist John Patitucci’s contribution to this recording is just as great. Here is a bassist who is much too modest about his ingenuity. On this recording Patitucci plays with sublime elegance, athletic élan and crisp attack, not lingering on echoes and weighty glow.

Both Barron and Patitucci also do what great accompanists do. They know when to show off their stuff and when to recede from the spotlight and surrender the stage to Karrin Allyson. Put all of this together with Karrin Allyson’s magnificent performance and you have, quite simply one of the finest vocal albums in a very long time. I would not be doing due diligence if I did not mention the label on which this recording has been made. More and more Jana Herzen’s Motéma imprint is becoming a pre-eminent label in the new world order, making beautifully engineered products for wonderful musicians who seem to be given absolute freedom in the creative department. This must surely be because Herzen is herself a performer and of no mean repute either. Now rush out and buy what’s left of the album before someone else does.

Track List: Oh, What a Beautiful Morning; Many a New Day; Happy Talk; I Cain’t Say No; I Have Dreamed; Out of My Dreams; Bali Ha’i; When I Think of Ton/Hello Young Lovers; We Kiss in a Shadow; You’ve Got to Be Carefully Taught; Something Wonderful; The Surry with the Fringe on Top; Something Good; Edelweiss.