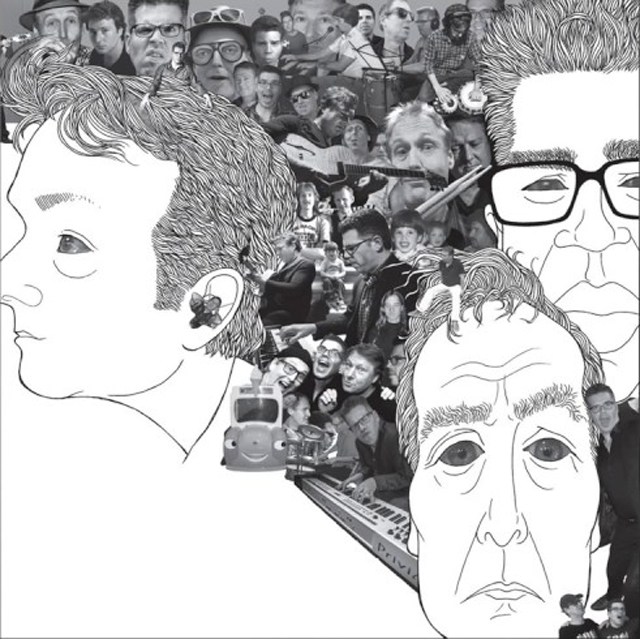 You can never really go wrong with a Beatles tribute. However, many musicians make the mistake of trying to interpret motives (where there are really none), over-analysing the music and – worst of all – offering suggestive versions as alternatives, when there is really only the pride and joy of making music that motivated the four extraordinarily gifted musicians. Organissimo runs no risk of doing this because the versions of these twelve songs on B3tles – A Soulful Tribute to the Fab Four are first and foremost all instrumental. But still one wrong move and all of this could still sound jaded and come to naught. But of course it doesn’t…

Perhaps the most interesting aspect of this recording by Organissimo is that the principal instrument here is the Hammond B3. While the Beatles used the piano, often played by John Lennon or Paul McCartney, or Sir George Martin… or some lesser mortal, the heavier Hammond B3 was almost rarely used in any of their music – even when they were at their most experimental, such as during St. Pepper’s Lonely Hearts Club Band. And when they did use one, it was often consigned to a secondary role such as when Mal Evans played it on “You Won’t See Me” from Rubber Soul (1965). So to have the Hammond B3 as a “lead voice” on B3tles… is an inspired choice. It does, however, change the dynamic of the music considerably.

The Beatles started out as a rock and roll band, playing essentially “teddy boy” music inspired by Bluesmen: Sleepy John Estes, for example, and “rogue” Jazzmen such as Chuck Berry and Little Richard – both of which were considered “Devil’s Music” mostly because this was the music of the Black man. By “going” Hammond B3, Organissimo seem to “go to church” with this (Beatles) music, which is not only an unusual route to take, but also quite beautiful considering that “Mother Mary” was an iconic figure no more than twice in Beatles music: “Lady Madonna” and more famously in “Let It Be”. However, even in the very mention of this one opens oneself to the very criticism one would have leveled against a group of musicians whose Beatles tribute failed “by over-analysis”.

So what makes this recording great? In choosing such Hammond B3-heavy scores, Organissimo actually rather fittingly choose to work with sinuous, lean scores. The trio shows a clear intent to seek transparency of texture, timbre and colour. The transparency allows the Beatles’ major ideas to crystallise no matter what tempo is set. Sometimes the organist Jim Alfredson slows the pulse so that harmonic pillars become massive, as in “While My Guitar Gently Weeps”, which allows Lawrence Barris’ guitar to “weep” most appropriately. Elsewhere he has the rest of the ensemble scamper mischievously in interjections as graceful as they are distinctive: in “Dig A Pony”, for instance. Oh, and beginning and ending with George Harrison’s songs is most poignant and appropriate (or so it would appear even as one reads much into that fact).