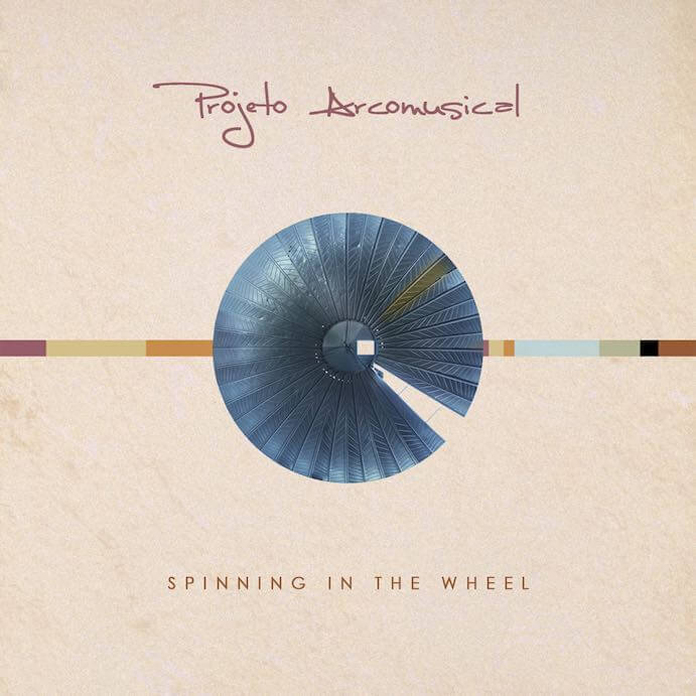 An ensemble composed exclusively of musicians playing the Brasilian berimbau, a single-string percussion instrument and musical bow of jogo de capoeira; the “game of capoeira” itself. You’d better believe it. But what is striking about the ensemble is that all its members are non-Brasilian. Moreover, while Brasilian virtuosos on the instrument – the best-known being the legendary (and late) Naná Vasconscelos – are numerous, it’s more than likely that there is no other ensemble of this kind – even in Brasil. Also the unique sound of the group – Projeto Arcomusical – indeed the ethereal atmospherics itself is evocative of the spiritual Brasil that is only captured by that other rarity in music – the ensemble Uakti.

It is two years since Projeto Arcomusical burst upon the world with Meia, Meia (Innova Recordings, 2017). At that time, the ensemble launched itself with “New Music for Berimbau”, which it was, literally and figuratively as well because despite the long and deep tradition of music on the instrument from Angola to Brasil. Projeto Arcomusical had, in fact, expanded not only the library of music with their work on the instrument, but in doing so, also extended the harmonic capability (through advanced tuning possibilities) as well as created a whole new and enormously wide colour palette for the instrument. With the recording, Spinning in the Wheel that nascent step has been extended into a giant instrumental leap.

To begin with there is Elliott Cole’s suite “Roda”. Mr Cole has re-created the proverbial “magic circle” in which Ancient tradition musicians sat around a flame reflecting the fire not only in the pupils of their eyes, but also setting alight the tedium, blood and sweat of the hard day’s work. In Mr Cole’s piece, the music spreads in ever-widening rings, loops and helices; notes and phrases leaping off the page into glorious arcs and parabolas when teased out of the chorus of strings of the several berimbau (instruments) and – in “Movement 4 – Singing” – of the suite in the heavenly voices of Clarice Assad and Daphne Capparelli Gerling who are enjoined with the voices of Projeto Arcomusical as well. It is a work most impressionistic and poetic, full of shimmering lights and diaphanous textures that seems to recall a magic, not just of the Brasilian sertão but, in an almost ghostly way, the prospect of all of humanity locked in the eternal spinning of our blue planet itself.

Whole the “Roda” suite forms the centrepiece of this recording, six other works expand this magnificent album; four by Gregory Beyer, the ensemble’s director and one each by Alexis C. Lamb and Kyle Flens. Mr Beyer’s works are quite spectacular and he appeared to have carved out a unique style within the wider Afro-Brasilian Brasilian. His writing is spare, seemingly using the fewest notes to achieve a kind of music that – in Heine’s words, comes closest to the “poetry of emotion”. The works by Alexis C. Lamb and Kyle Fiens are masterfully conceived as well, both with the liquid rhythms and cadences of capoeira, also evocative of the candomblé-de-caboclo tradition.

Mr Beyer’s “Berimbau Sextet no. 2” is a masterpiece and combines the instruments and a chorus of voices. There’s a wholly natural feeling to the way the climaxes and gentle changes in direction are so perfectly judged in this performance – how well instruments and the human voice blend both seem to “sing” in celestial harmony. From the perfumed lightness of the opening to the rapturous arabesques that unfold as the work progresses a richly mysterious mood is beautifully maintained. This recording will surely be cherished as one of the most memorable works of music for a very long time to come.