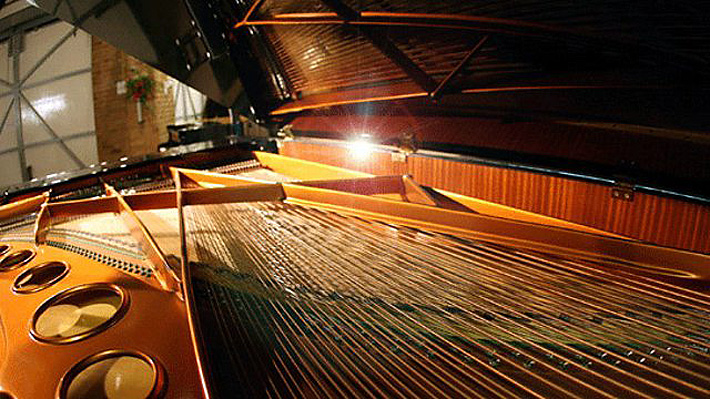 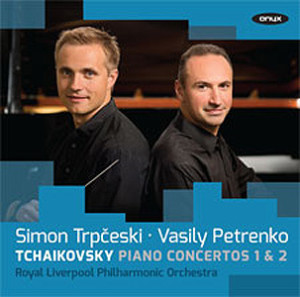 Nikolai Rubenstein, to whom Tchaikovsky dedicated his controversial Concerto No. 1 in B flat minor Opus 23 called it “worthless… unplayable and clumsy” and refused to perform it unless dramatic changes were made to it. The composer refused to amend its ostensible offending parts and by now he had re-dedicated the work to lifelong friend Sergei Taneyev and then to the German conductor, Hans von Bülow, who premiered the concerto in Boston. It went down like a storm in the US (though not at first in Russia), and in time even Rubenstein came to love it. No one could argue that this is perhaps one of the most coherent concertos. There is little discernable between the opening movement and what follows. The last movement is anti-climactic in all but the most sparkling performances. But Germanic rigour was not what Tchaikovsky is all about. His heroic bravado and typically Russian “big tunes” have made this one of the most popular of all piano concertos. Incidentally, it’s most famous flourish, the grandiose piano chords which accompany the opening melody—one of classical music’s great attention-grabbing effects—was in large part due to the work of Alexander Siloti, whose arrangement re-shaped the score for its third edition.

The piano part of this concerto is magnificent, but thoroughly demanding yet Simon Trpceski masters this concerto’s monumental technicalities with exquisite virtuosity as well as and his deeply felt emotion that soars over the content of the piece. The epic struggle between piano and orchestra develops fantastically until the final dénouement, when the work settles into the infinite at the end. The Royal Liverpool Philharmonic works the music diligently and negotiates its difficult twists and turns with a great deal of finesse. This must surely be a far cry from what Mr. Rubenstein heard when it was first presented to him by its composer.

Concerto No. 2 in G major Opus 44 is sadly overshadowed by the titanic Concerto No. 1. And while it is nowhere near as controversial it deserves to be infinitely better known. It was written in 1879–1880. It was dedicated to Nikolai Rubenstein, who had insisted he be allowed to perform it at the premiere as a way of making up for his harsh criticism of Tchaikovsky’s Concerto No. 1. Rubinstein was never destined to play it, however, as he died in March 1881. The premiere performance took place in New York, on 12 November 1881. The second movement contains prominent solos for the violin and cello, led by James Clark, with the cellist being Jonathan Aasgaard, making the work in effect a concerto for piano trio and orchestra briefly, though a once-popular edition by Alexander Siloti removed large sections of the work, including those solos. Also noteworthy is the degree of segregation of orchestra and soloist, especially in the opening movement. Tchaikovsky had told his close friend Hermann Laroche many years earlier that he would never write a piano concerto because he could not tolerate the sound of piano and orchestra playing together. This release finds the soloist and orchestra in fine form as they negotiate the great work with formidable character and exquisite charm.

About The Royal Liverpool Philharmonic Orchestra