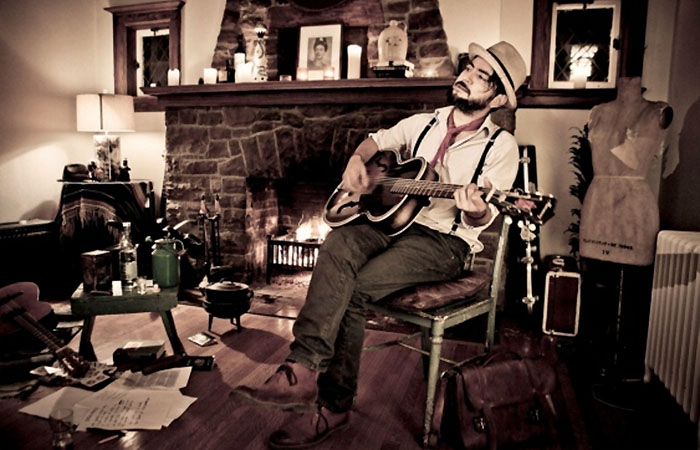 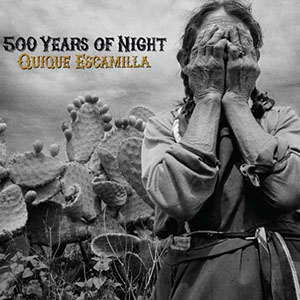 Born and raised in the southern Mexican state of Chiapas, Quique Escamilla is no stranger to the Zapatista rebellion and the history of struggle in the region since the Spanish Conquest. 500 Years of Night is the outcry of a modern troubadour who infuses his artistry with conscious messages, charged with the socio-political issues afflicting his land.

A talented singer-songwriter, multi-instrumentalist and producer, Mr. Escamilla made Toronto, Canada his new home in 2007. Since then, he’s been busy raising his artistic profile, creating a following, getting the recognition of a large multi-cultural audience as well as getting the attention of the media. In 2012 Mr. Escamilla launched his self-titled debut EP, Quique Escamilla, a concert recorded by CBC Radio for “Canada Live” at Lula Lounge in Toronto. Early this year (April 2014) Lulaworld Records, the new label created by Lula Music & Arts Centre, put out 500 Years of Night, which has been well-received and widely acclaimed. After the launch an extensive Canadian tour took Quique Escamilla and his band throughout the national territory.

Think of Quique Escamilla as a contemporary voice and exponent of the historic Latin American “Nueva Cancion” mouvement, which reached its highest peak of popularity during the 70s and 80s, and which was very influential in the development of many artists. To have a better idea of the kind of music that Quique Escamilla creates, put together a mix of folk, pop, rock, ska, reggae, rap, alternative and traditional music from his native Mexico plus strong lyrics, protest songs (canción comprometida) charged with poetry and a social message. All that makes up for a conscious, fresh and lively sound, delivered with great arrangements and musicianship. All songs are penned by Mr. Escamilla (except “El Jinete” and “Canción Mixteca.”)

Mr. Escamilla is in very good company on this recording, and that contributes enormously to the band’s hip and infectious sound, which really conveys the author’s ideas in a terrific way. The band is integrated by Mr. Escamilla, mostly on guitars and vocals (but also on percussion and bass); trombonist Paul Tarussov, a great instrumentalist, adds a gorgeous jazzy sound to the mix; Dan Moch on bass and Michael Brushey on drums, who are responsible of keeping the beat and the rhythmic intensity throughout the recording. And then we have an array of special guests, seasoned musicians who lend their talents to make of 500 Years of Night a great project.

Track 5, “Okavango” is a beautiful story that talks about an amazing marvel of nature that takes place every year in the African continent, in Botswana, where the Okavango river instead of flowing into the sea floods into dry lands, creating optimal conditions for the sustainment of life. Track 6, “Huapango del Tequila” is a joyful song with that regional flavour and humour so characteristic of Latin American folk music. It also pays tribute to the culture of tequila growing and drinking, celebrating the nectar elaborated from the agave plant that is so embeded in Mexican popular tradition. Track 7, “Máscara de Esperanza” is a sharp arrow thrown directly to the heart of the dark side of humanity, that of injustice, inequality, racism, corrupted politicians and governments.

Quique Escamilla was born and raised to a family of six in the warm, tropical southern lands of the state of Chiapas, Mexico. He started singing at the age of four at his family reunions. At the age of six in a crowded restaurant and accompanied by the in-house six-piece Mariachi band, he performed a full version of “El Rey” in front of an audience where he discovered for the first time the thrill of performing and the powerful magic of live music… Read more…