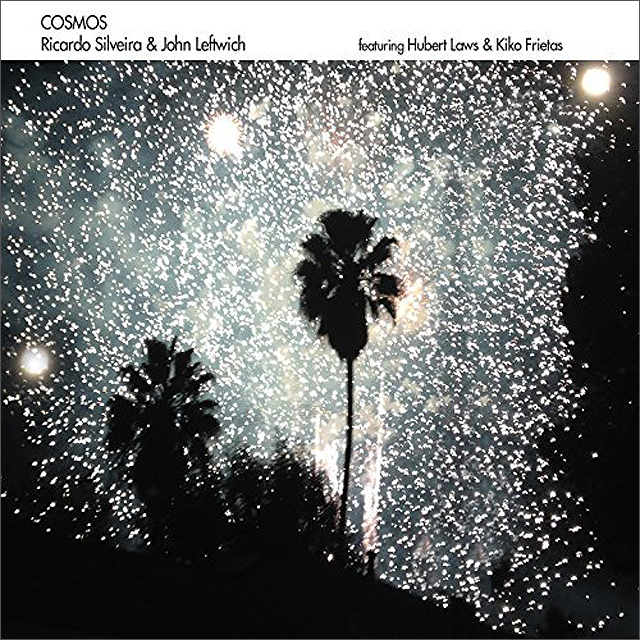 Put a classical guitar in the hands of Ricardo Silveira, a bass violin in John Leftwich’s, a flute – any flute – to Hubert Laws’ lips and seat Kiko Freitas behind a drumset, and put them together in a recording studio in Los Angeles, and an instant classic is born. Although talking the electric guitar from Silveira might not have been the reason, the classical guitar has enabled a musical tapestry of raw silk to unfold. Notes and chords whisper as Ricardo Silveira runs his fingers across the strings as if stroking gossamer. In the delicate eternity of falling melodies the notes catch the breath of Hubert Laws’ flutes. And the gentle disturbance brought on by the melodic rumbling of John Leftwich’s bass and the rattle and hum of Kiko Freitas’ drums causes the song to soar again and again.

The meeting of musicians results in the making of an ensemble, but in the meeting of imaginations magical ideas are born. In their ingenuity miraculous music takes shape. Tellingly the performance here is entitled Cosmos for it is, indeed, not by chance, but by intelligent design that such music comes into being. The very ineffable atmospherics produced by Silveira’s fretboard calisthenics, his fleet fingerwork address the counter-rhythms of Leftwich’s punched notes that are dally, then escape from deep within the Spiro-core of the bass strings. The song is called “Reflections” and indeed it is crystalline, shimmering and otherworldly. The ‘dangling conversation’ is picked up in “Outro Rio” and then again in “Stars”.

Heitor Villa-Lobos’ “Bachianas Brasilieras #5” is one of those pieces that the intuitive musician is automatically drawn to. Few interpretations are redolent in the colours and aromas of Brasil as this one by Ricardo Silveira and John Leftwich. Its mystical appeal is captured as if this quartet’s version is played in a rarefied realm and not something as mundane as a recording studio. The tonal palette of Leftwich’s bass almost comes apart as colours explode out of the strings. His broad swathes of harmonic responses to Silveira’s lead voice and Hubert Laws’ antipodal melodicism is simply too breathtaking to behold. Mindful of all of these necessary histrionics Kiko Freitas corrals the musicians with a whispered brushstroke here and a peremptory beat there and all is once again well with the world.

No Brasilian record, it seems, is made complete without the de rigueur Moacir Santos piece, nor should it be. But here, the quartet breathes new life into the song, while keeping it in the same realm of balladry that the great Moacir Santos always wrote his character sketches to be. In Ricardo Silveira and John Leftwich’s version, Laws plays Santos with Freitas acting – brushes and sticks all sharpish – in the soft, iterant hammering as the band’s/Santos’ sculpting chisel. And just like that “Kathy” comes to life, just as eleven other masterpieces have done so on this magical disc before it ends in the masterful arco playing of John Leftwich leading the other musicians into the repose of “Stars”.