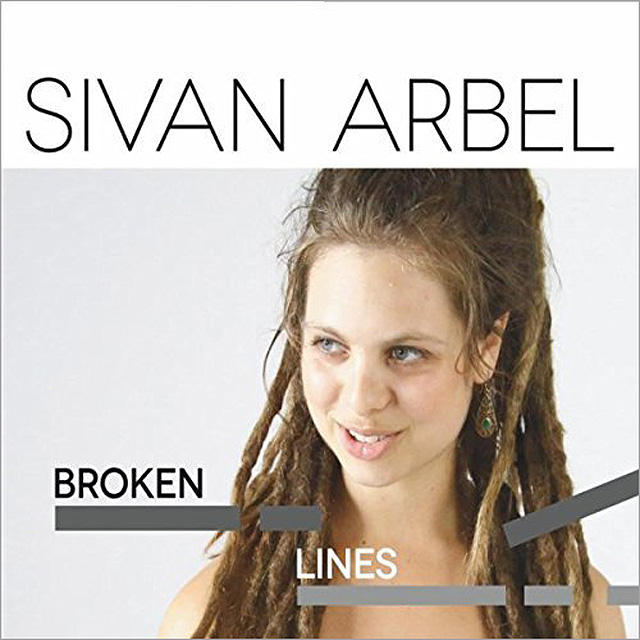 Broken Lines by Sivan Arbel is a fascinating study in joining the musical dots and by this is meant, the real black dots that the talented vocalist makes leap off the page with her voice and rise up into the sonic clouds that hang over her every breathtaking performance. In a studio performance there is always a chance to change something or do it differently, but judging from the live one (in the video below) one can discern how carefully sculpted each element of her scatting – the broken lines – are and how each continuous line eventually becomes in the greater harmonics of the song. In this instance it is “Blue in Green”, Bill Evans’ finest hour on the iconic Kind of Blue album by Miles Davis.

Sivan Arbel is a tireless vocal innovator, who worships at the altar of originality and pulls of the very difficult art of scatting with considerable success. At first blush the extent of her scat singing might feel as if it is a tad overdone. But that thought quickly vanishes with deeper listening. It is then that her pièce de résistance, “For Aba” looms large for the breathtaking use of vocalastics that leap like flibbertigibbets and bounce outside the vocal lines creating waveforms of melancholia and ecstasy that meet in the elegiac melody. The tension of that piece finds wonderful release in the following title piece “Broken Lines” which is ever-deserving of its creator.

The music is, but for “Blue in Green”, loosely-written (so to speak) by Sivan Arbel. The ‘looseness’ refers to the fact that Arbel provides cues and hidden clues for the musicians in her band not only to discover and follow, but to extrapolate upon and reinvent a whole new collection of signs and suggestions that hidden in music laden with suggestion. The result is music that could conceivably go in any direction that Sivan Arbel and the ensemble could choose. The possibilities are limitless and fascinating, but never so fanciful that they are completely lost in translation. Best of all – and this is to the credit of Arbel – no matter how far afield the syllables take her, she is always able to tie in with the original melody – broken lines made whole and new and novel manner of course.

Sivan Arbel is negotiating the veritable minefield of music in New York with brazen confidence and appears likely to make more interesting and ever wonderful music as a result.

Bossacucanova Presents: The Best Of…