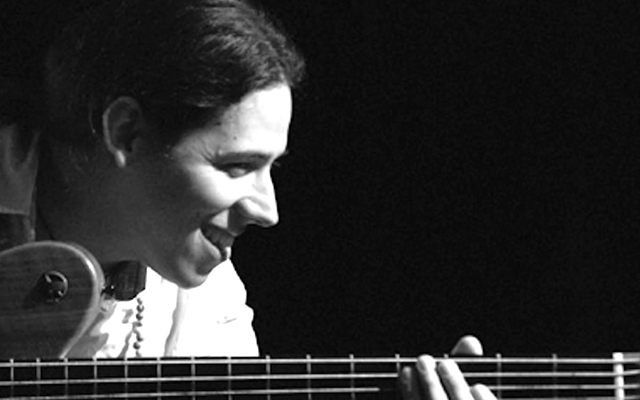 Composers who venture into the realm of ‘world musics’ do so at their own peril, especially with such masters of musical worlds Toto La Momposina is from Wolfgang Amadeus Mozart looking over their shoulders. Now include in that realm from Colombia to Austria, the traditions of music from Bulgaria, Hungary, and other parts of Europe, together with the African tradition, and with American art forms and you have quite a mountain to climb. But bassist Juan Garcia-Herreros, for one, has gone past the intimidation to produce a substantial recording, The Blue Road, making a determined and enormously successful effort to recapture the sweep and vision of the traditional music of Colombia and the glorious tradition Western Classical music exemplified by Mozart, melded together with the pulse and dramatic energy of the Jazz form. 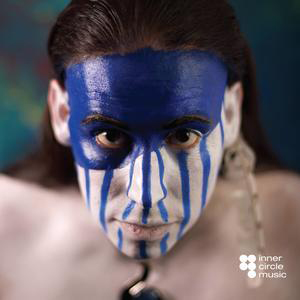 It’s clear from ‘Ne Togo Ye Sajouma’, with which Garcia-Herreros begins his album, that the Colombia-born, Austria-based musician knows the importance of embracing the past, while growing and going his own way into the present and the future. The swirling gestures at the outset are like jolts from the great musicians of the past that quickly give way to Juan Garcia-Herreros’ forceful and expressive sound world. As with that music so also with the other wonderful pieces on this disc, the writing is concise in structure and generous in tonal language, savouring both the dramatic and the poetic. Often played at exhilarating speeds and using spare textures and virtuoso playing, leavened in the slow movements (of songs) by a gentle lyricism, to make sure that the music’s impact comes through loud and clear.

‘Bach to the Future’ which takes some surprising and unexpected turns, moves organically from solemn to invigorating ideas, with ample contrapuntal interplay to keep the narratives rich and layered. In ‘The Great Spirit’ the subtext suggesting ‘fathers and sons’ creates an impressive back-story to a piece that pays homage to tradition of a much deeper kind. It is a striking and intensely felt work. Likewise ‘Oración’ makes a haunting impression on the inner ear not the least because of its sweeping embellishments and contrasting utterances between the various instruments employed. These excellent performances of completely original music were recorded in various venues, but at the hands of superb engineers, there is a startling consistency and balance.

Most of all it is the cast of stellar musicians who play with great skill and conviction. What in other recordings is somewhat predictable here becomes an exciting journey. Where we were once content simply to marvel at the pyrotechnics of a bass guitarist, with Juan Garcia-Herreros’ acute sense of timing and close attention to dynamics we hear the music. Garcia-Herreros is not afraid of silence, rubato or playing delicately; indeed he revels in the possibilities they afford. He can be variously declamatory, conversational, balletic and painterly; he can laugh, evoke and even seduce with his playing and he does this almost at will throughout this disc.