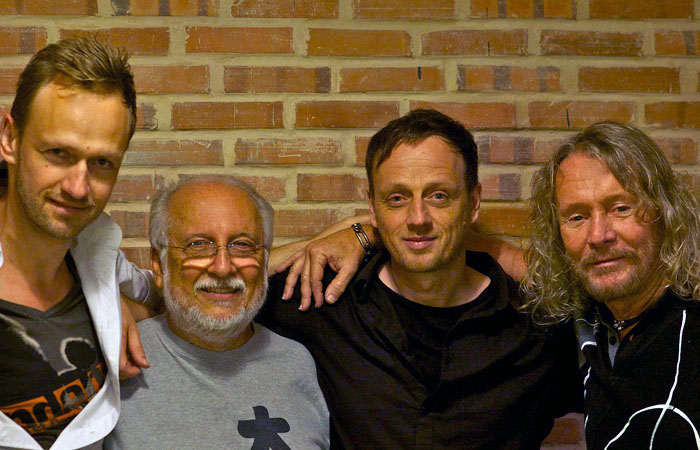 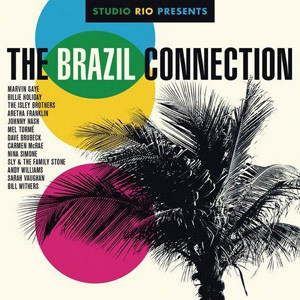 Charlie Haden was one of the first to mix the voice of legendary chanteuses in with his famous Quartet West on several albums, from 1990 at least until 2011, reinventing the art of the soundtrack; Natalie Cole followed in 1991, with her famous duet with Nat King Cole on “Unforgettable.” then came the beautiful duets of Frank Sinatra in Phil Ramone’s master sessions in 1993 and 1994. All of these recordings featured the ingenuity of the engineers, either mixing “live” in the studio recordings by artists with other stars who were not. But this edition of The Brazil Connection the dexterity and genius of engineering goes above and beyond what has been done before; and it will certainly set a very high bar for anyone who is interested in re-mixing older repertoire with artists practicing their art today. This not because the so-called Studio Rio has merely re-mixed older repertoire, but because the Brazilian Project, conceived by the Berman Brothers, Frank and Christian Berman, life-long admirers of Brasilian music, have effectively re-located American classics by the likes of Aretha Franklin, Sarah Vaughan, Carmen McRae and Dave Brubeck to the idiomatic landscape of the Brasilian Bossa Nova and Samba.

On the face of it the music might sound effete, but further listening will surely bear out the fact that this is more than simply elevator music. It is a serious and rather fine effort to bring all-but-forgotten classics by artists long gone, back into the limelight. In doing so the Barman’s were probably faced with a monumental task. How do you select music from a repertoire that is effectively over one hundred years’ old? How do you separate old instrumental back-ups from vocal tracks, re-master vocal tracks to the analogue and digital standards of today and how do you then re-arrange the old instrumentation to the finest Brasilian standards and then re-mix it all back again into the Brasilian idiom? A very tall task indeed. So was this all successful? The answer is a resounding success, not only from the technical and commercial points of view, but also aesthetically.

The smooth vocals of Bill Withers on his big hit “Lovely Day” becomes a new samba, complete with a beguiling cuica punctuating the punchy new instrumentation. Aretha Franklin’s “Walk On By” sounds just as fine as a West Coast cool sounding hit and perhaps bigger and more monumental than her earlier version with its Bossa Nova arrangement. The biggest surprises come by the way of the truly re-imagined versions of Billie Holiday’s gentle fluttering vocals on “You’ve Changed,” Mel Tormé’s “I’ve Got You Under My Skin” that Frank Sinatra also did in his Duets album. The highlights of course are the re-invention choro version of Marvin Gaye’s “Sexual Healing” and the fabulous version of Dave Brubeck’s “Take Five” with Carmen McRae’s vocals. Both tracks are worth going the extra mile for this record. And then the crowning glory comes by way of Sarah Vaughan’s glorious version of the George and Ira Gershwin classic “Summertime.” But there’s nothing like having the recording playing in modern equipment and finding the tracks sound as fresh as ever.

Track List: Lovely Day; Walk On By; Sexual Healing: You’ve Changed; Family Affair; It’s Your Thing; I’ve Got You Under My Skin; I Wish I Knew How It Would Feel To Be Free; I Can See Clearly Now; Take Five; Music To Watch Girls By; Summertime.

About Studio Rio and the Berman Brothers

Music is the heart and soul of Brazil, celebrating with syncopated beats and beautifully expressive melodies. It’s the life force of the entire culture. Those Afro- Brazilian rhythms are in the way people speak, in the way they walk, even in the way they play football. From a simple family get-together to the celebrations that take over the country during Carnival season, music is the foundation of any social gathering. We have always had a huge appreciation of Brazilian music. Between us, we have a massive collection of bossa nova and samba recordings, new and old, a lot of which we found in flea markets in Amsterdam, Paris and London. Among our most prized finds are ten rare albums by the famed singer, composer and producer Marcos Valle, whose legend has grown over the years and who was sampled recently by Jay-Z and Kanye West. Our favorite bootleg is a copy of the legendary 1962 Carnegie Hall concert in which Roberto Menescal—another great singer, composer and producer we have discovered—performed with Tom Jobim, Sergio Mendes and other bossa nova legends. Can you imagine all those pioneers together in one concert? Once you get into this music, there really is no way to stop. Read more…