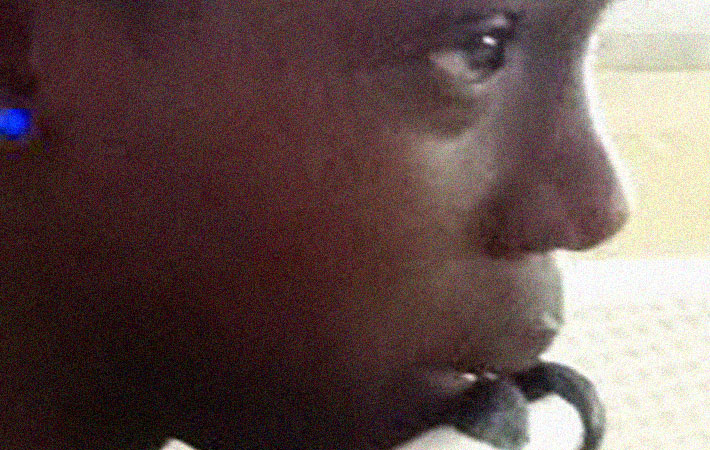 It is common knowledge that Africa has given much to the world of music since time immemorial, but it is rare indeed that the world and almost anyone in it has returned the favour. Black American musicians have done so when they took up the music of the Gnawa and collaborated to make music in the ineffable rhythm of Jazz. Pharoah Sanders, Randy Weston and Ornette Coleman have all gone back to Africa at some point of their lives to give something back to the music of that continent. Sylvain Leroux is also part of that minority. Mr. Leroux has been spending a great deal of time in Guinea; in Conakry to be precise, learning to master the Fula flute, redesigning its harmonic range and making relearning his own art in the bargain. With Les Enfants de Tyabala an album of considerable significance Mr. Leroux gives back to the people who have given from heart and soul to him in a mighty way: he has spent many more months training a group of children from the Centre Tyabala Theatre de Guinée in Taouyah, Conakry to play the Fula flute he has redesigned. The music on this album is a result of that sojourn. 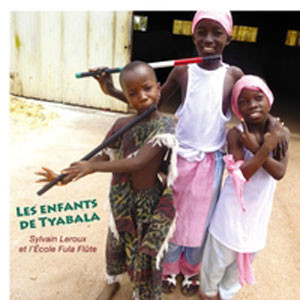 The flute choir is absolutely extraordinary. Three and a half months after they have been familiarising themselves with the written repertoire these twelve children aged between 4 and 16 have become young masters of such ability that they also have recorded several improvised soli here. Mr. Leroux deserves much credit for the work he has done first to take a harmonically (relatively) naïve Fula flute and extend its harmonic range. Then he has spent the generous resources from a successful Kickstarter campaign wisely, to teach these twelve children from Conakry music with help and assistance from the Director of the Children’s Programme, Mohamed “Momo” Sylia. The rewards of this are what has now come to be called l’École Fula Flute’. The experience of listening to this flute choir is something that is breathtaking as the music seems to have come from the souls of these young musicians.

The ensemble pieces are kaleidoscopically beautiful. The children shape the mostly improvised music in a most affecting manner and to maximum expressive effect. There are a myriad of surprises in the melodies and even some in the rollicking tempi that inform these pieces. This speaks to the almost mystical levels of maturity that the children have and they use this new-found freedom to empower the music, setting their spirits free to float above the melodies and harmonies. The effect is quite magical and profound. Several of the children are featured in soli that are breathtaking. The soloists’ playing is controlled and yet unfettered. Listeners will feel that the choir gives a more spacious account of the ensemble pieces as well as the remarkable soli. Throughout the disc there is the conviction and expressive and transcendent quality of the playing that make a strong impression on the listener. Bravo Sylvain Leroux. Encore l’École Fula Flute…

Sylvain Leroux was born in Montréal in the eventful year of 1956. He studied classical music at Vincent d’Indy School of Music and at the University of Montreal. He attended the Creative Music Studio in Woodstock, NY where he was exposed to World music, participating in workshops led by world class artists. In Montréal, he worked with Yaya Diallo in performances and recording of the LP “Nangapè” and founded and led the group Mysterioso, dedicated to the music of jazzman Thelonious Monk and performed at the Montréal International Jazz Festival (1983). Concurrently, he was a member of Bantamba a group that broke new ground in the meeting of traditional and modern African music. In New York since then, he has been free lancing for many groups and dance companies in the Afro-Brazilian, African and African-American fields. In 1995, he took a trip to Conakry, Guinea (West Africa) to study the tambin, the peculiar flute of the Fulani people. He since has become one of the rare outsiders to master this astonishing instrument. Read more…

Related Topics:AbdoulayeAboubacarAllassaneBonfilsContéFatoumataKoumbassaMahawaNabySeydoubaSidikiSoumahSylvain Leroux
Up Next