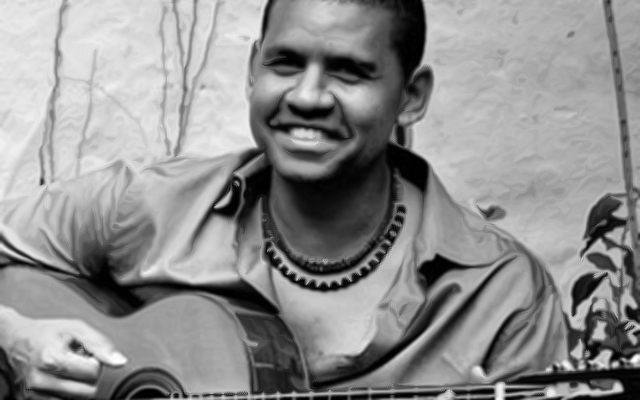 Guitar Sapiens is, without a doubt, the most ambitious project undertaken by the prodigiously talented Peruvian composer and guitarist, Yuri Juárez. Everything about it has been conceived on a very large scale – from the name of the album, to the Leonardo Da Vinci-inspired graphics across the magically-designed cover, the length of the recording (it is almost two hours long), spread over two discs, and then there is the music itself. The very conception of it seeks to place its music into the Peruvian tradition not only through emphatically pledging allegiance to it but also reimagining the tradition itself in reverential as well as in a bold new manner. In all of this Yuri Juárez has acquitted himself with aplomb – both in his ambitious compositions, his writing for ensembles large and small and of course, his exceptional playing throughout. 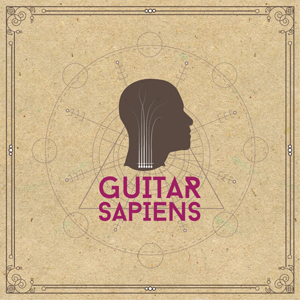 The centrepiece of the album is its show-opener – ‘Hayre’, a four-part suite in praise of the Peruvian master Carlos Hayre. The music is composed after Hayre’s style and is animated in Juárez’s own elegant manner. Written in the style of música criolla and adapted for the ‘big’ canvas, the pieces ‘dance’ with unusual clarity as Yuri Juárez illuminates contrapuntal lines with exemplary detail and joyful textural complexity, using the orchestral pieces with studied grace. Part 2 – the ‘Landó’ – and 4 ‘Fuga’ are poised and vivacious and combine tranquility with unimpeded momentum. Having paid his respects to the tradition, so to speak, Juárez continues to redefine his ‘criolla’ influences throughout with considerable eloquence. The guitarist’s playing is authoritative and beautiful. His ‘Himno Nacional del Perú’ is gorgeous too. Lyricism and dynamism are held in judicious equipoise and the orchestral players are equally impressive, stylistically deep inside conveying both its muscle and its inspired allure.

Sometimes a recording will come along which possesses such vitality and strength of purpose that it forces one to look at traditional and contemporary music from an altogether new perspective. Guitar Sapiens is such a record. The Ensemble part of the recording is as impressive as the Orchestra disc. In both the real ace is not only Yuri Juárez’s majestic playing but also haunting voices of Sofia Tosello and Jorge Pardo. And, of course there is the resonance and directness of the playing by the stellar cast of instrumentalists, memorably in the folk-like cadence and gesture, classical in lyrical construction – all of which yields rich and seductive soundscapes.

Yuri Juárez will be hard-pressed to top this performance in the short term, but judging from the results of this double album the guitarists is headed for a rarefied realm, not only as far as his virtuoso playing is concerned, but also in his contributions to Afro-Peruvian música criolla as well.