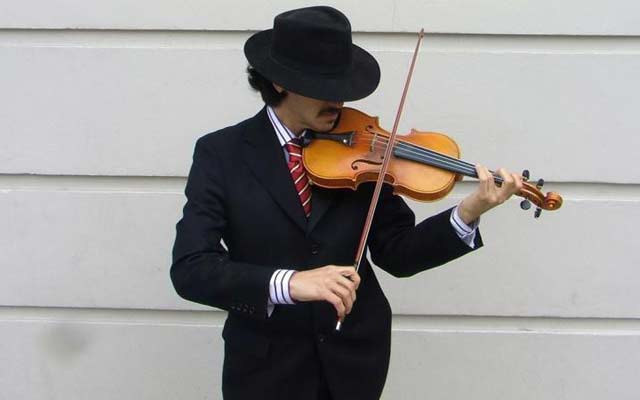 The hair of the bow gently caresses the string, catching an “A” high on the upper register. Then, in a series of sweeping glissandos, it descends the diatonic scale in a minor mode. I am caught in its downdraft like a bird on a rapidly cooling thermal, falling… falling through air thick with saddening notes. The violin is never alone. It is pursued and coaxed ever onward by the dense clusters of notes played by the bracs of Olah Norbert, the second violin of Ruszo Istvan, the glorious moaning of Szegfu Karoly’s cello and the low, weeping counter-melody of Csikos Vilmos’ double-bass. Lukacs Csaba’s clarinet breaks through the cloud of music briefly, then disappears, while Faher Istvan’s cimbalom flutters as the wings of the music as it sears through a fog of sound. Then breaking through is a clear tenor of Tcha Limberger as he sings letting his brilliant violin soar occasionally above the primordial sadness as the song courses, mixed in with the blood in my veins. 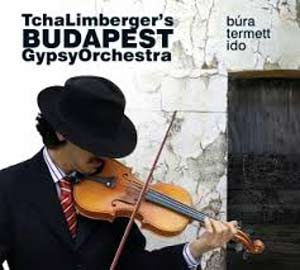 The music is “Bura Termett Ido,” a Magyar Nota melody, revived resplendently from about 100 years ago. It is the centerpiece of Bura Termett Ido (lejazzetal, 2009), a seminal work that walks in giant footsteps. That is, the album is brimful with music that no one has pursued so relentlessly since Bela Bartók and his fellow-composer and one of the earliest ethnomusicologists, Zoltan Kodaly swept the Hungarian countryside documenting and collecting Hungarian folk songs at the turn of the 19th century. That alone makes this eponymously titled album, produced by the British guitarist and ethnomusicologist/producer, Dave Kelbie of lejazzetal one of the most important musical documents—in any musical idiom—in decades.

Tcha Limberger’s voice flies upward with incandescent majesty, egged on by the glittering notes of the violin as he sings: Times darkened by sorrow/ The wind bearing fog. / The past few years have consumed me / If only I knew/ which way I should take/ I would plough through it with a/ golden plough/ I would sow it with fine pearls. / Then I would drench it with my/ Pouring tears.”

Tcha Limberger is a young multi-instrumentalist who has descended from a long line of Romani musicians—notably violinist, Piotto Limberger; also his grandfather, Vivi Limberger, a fine guitarist in the Romani tradition whose czardas and jazz performances have wowed audiences throughout Europe for years; and his uncle, Biske Limberger, a robust bassist in the Romani tradition. The Limbergers originated from the Belgian Gypsy clans and traveled with their glorious music throughout Europe. But Tcha Limberger was always different. A prodigious talent for music was discovered when he was three years old. 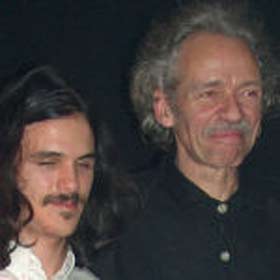 By six he had learned the first two chords on guitar from Belgian multi-instrumentalist, Koen de Cauter and by eight he was already giving solo concerts. He soon became the clarinetist and occasional rhythm guitarist in De Piottos, his father’s gypsy orchestra, and made a fine record, Gypsy Passion, an album of standards, original songs and a clutch of classic Hungarian, Romanian and Russian folk songs produced by the heir-apparent toDjango Reinhardt, guitarist, Fappy Lafertin. Soon, the restless mind led the teenaged Limberger to dig deeper into the sound that beckoned from his heart and soul.

The Road to Magyar

The journey was long and challenging, far removed from the “Flamenco” musician that Limberger had dreamed he would be, ever since he could play a guitar. Yet, at every turn there were amazing milestones. Early in his career, Tcha Limberger had developed into a fine guitarist. He brought considerable attention to himself across Europe when he made two successive albums with the Herman Schamp trio. The guitarist from Flanders wrote spectacularly lithe music for two guitars, an occasional violin and bass. The trio comprised Limberger on guitar and violin, Schamp on guitar, and a magnificent-sounding Bas Cooymans on double-bass. 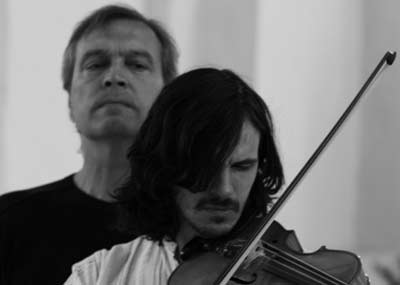 The first album was Schemer (I-C-U-B4-T, 1996), in concept, a work that describes the adventures of a kind of “Musical Scarlet Pimpernel.” And it is the slithery, atonal stream of the music—almost completely improvised—that crowns the album with considerable glory. The folk/gypsy character of the music is palpable, but there is a loftier dream being pursued as the legend of “Schemer” is born. Outstanding work by the musicians is heard throughout, especially on the long piece, “Raga” and the brief, but brilliant, “Pavane.”

On Tussen Hemel en Aarde (I-C-U-B4-T, 1998,) again a trio recording featuring the same personnel, the music is more probing and ponderous. Tcha Limberger’s playing—both on guitar and on violin—and his singing as well, is much darker in tone. It is in these new and denser textures that the searching began to get stronger. “Engelen,” on this album, is a sharp example of this new turn. Bas Cooymans also shows why he is one of the finest bassists to grace the art of music. His solo on “Schemer” and the counter melody he plays as Limberger sings are truly memorable.