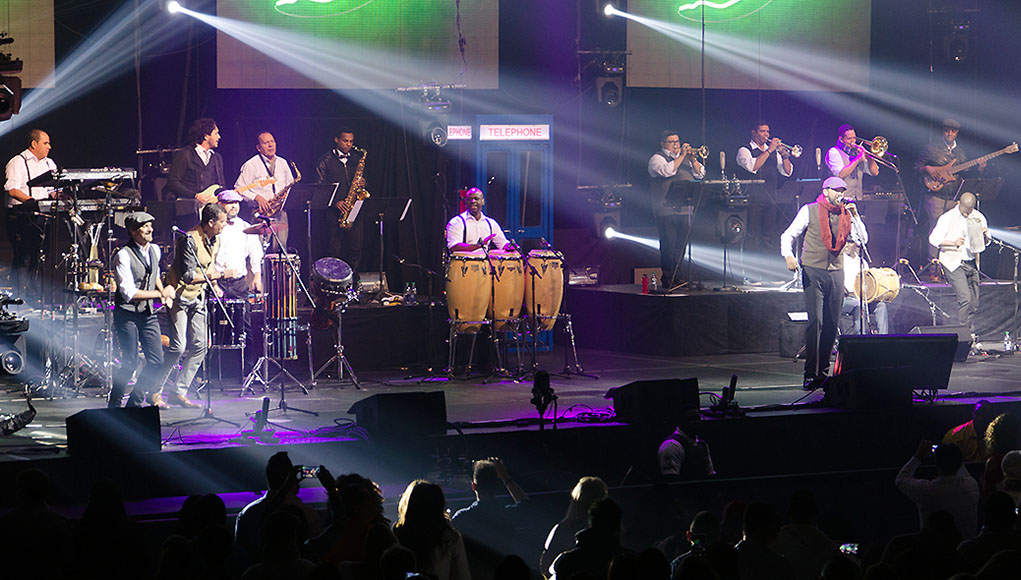 Juan Luis Guerra is one of the most internationally recognized Latin artists of recent decades. His popular style of merengue and Afro-Latin fusion has garnered him considerable success throughout Latin America. He is also credited for popularizing bachata music on a global level and is often associated with the genre, although his distinct style of bachata features a more traditional bolero rhythm and aesthetic mixed with bossa-nova influenced melodies and harmony in some of his songs. He does not limit himself to one style of music; instead, he incorporates diverse rhythms like merengue, bachata-fusion, balada, salsa, rock and roll, and even gospel. “Ojalá Que Llueva Café” (“I Hope it Rains Coffee”), which is one of his most critically acclaimed pieces. (wikipedia)

Last February 13 and 14, 2016, as part of his “Todo Tiene Su Hora Tour,” Juan Luis Guerra and his acclaimed band 440, performed for the first time in Canadian territory. Saturday 13 they were in Montreal and Sunday 14 in Toronto. It was a magnificent concert on both cities during the coldest weekend of this winter. We hope Juan Luis Guerra and 440 come back to Canada in a near future.

Photos of Juan Luis Guerra and 440 by Danilo Navas