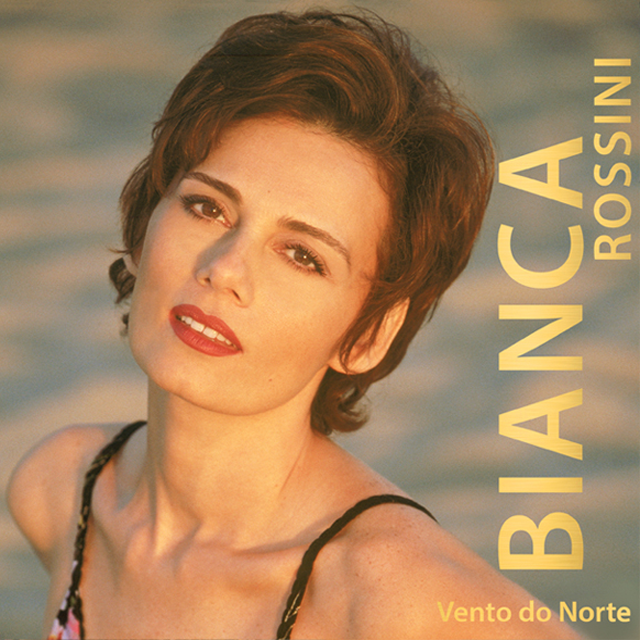 Bianca Rossini has an extensive acting repertoire on both television and on large screen. She is also a fine singer and celebrates that part of her artistry on Vento do Norte, her third full-length album released both digitally and on disc in 2017. Her earlier recordings may have found her searching for her ‘perfect’ voice. On Vento do Norte she is within a hair-breath of finding it. The inspirational nature of the music – the music of her beloved Brasil – relies so much on temperament to carry into the ascendency that perfection can be heard almost immediately on these ten songs that leave one gasping in wonder at a voice so articulate, pristine and yet also so sensual and beckoning.

Perhaps it is a bit unfair that Bianca Rossini has the advantage of ‘acting’ – very successfully at that – to add to her sublime voice. She certainly takes good advantage of both crafts as she allows the songs to speak to her in the intimacy of her heart. Moreover, each note and phrase that results – incisive and intelligent as it is – comes from the depths of her feet. And even if there is an unaffected simplicity of utterance in the singing of the lines, there is no doubting the depth of emotion that underpins the telling vocals of these songs. Which are all sung with intimacy, focussed timbre and quicksilver diction.

In terms of the gentleness of her voice and the ecstatic immediacy of her metaphorical singing, Bianca Rossini is able to imbue the lyrics with a sort of liquid gold. Naturally, the best of these efforts lie in depicting love in all of its sensuality, joy, pain and other matters of the heart. Fortunately for us on this recording there is a surfeit of the former experiences rather than that of the latter. As a result we are able to fall hopelessly in love with songs such as “Vento do Norte”, “Doce Amor”, “Meu Sonho” and of course “Coração de Ouro”, which along with other songs are sung in a bright, deeply responsive soprano to absolute perfection. Miss Rossini’s cause is enormously benefitted from luscious arrangements and sound production – largely the work of Peter Roberts – to go with all of her efforts. This makes Vento do Norte a very significant album indeed.

Joe Caro & The Met Band: Every Dog Has His Day