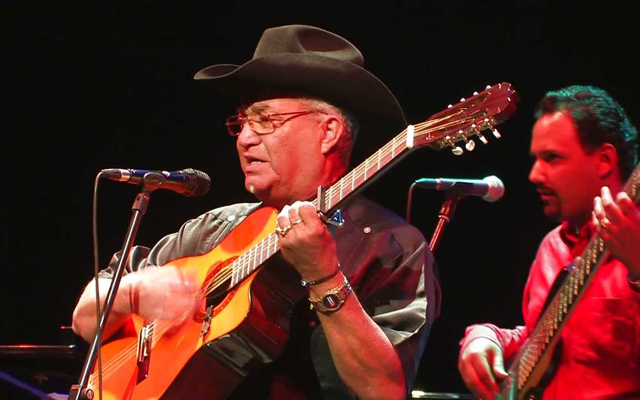 Those aficionados who come to this disc expecting it to be one in which the maestro Eliades Ochoa is the main attraction are likely to be disappointed. In fact, Ochoa shines his light on his sister Maria. She, of course, is a wonderful vocalist of whom not enough is heard. This disc Guajira +Mas Guajira will go a long way in putting that matter to bed. For in this performance Maria Ochoa finds in Eliades Ochoa a perfect partner to these songs of awe and wonder. 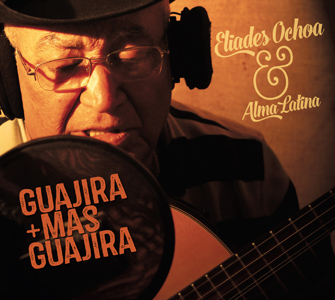 The unique and penetrating insights offered by Maria Ochoa’s ‘Brisa Mañanera’ with the wonderful ‘armónico’ playing by Eliades Ochoa certainly leads to high expectations for the rest of the repertoire in the disc. And we are not disappointed. As one may hear from the very start of this album, this ‘bouquet’ of Cuban son, guaracha, changüí, rumba and other flavours of the Afro-Caribbean islands is lightly held, thanks in no small part to Eliades Ochoa’s influence in lightening and focusing on Maria Ochoa’s husky voice, so that we are not blown away by over-warm outbreaths of intensity. As such this combination proves a fruitful vehicle for showcasing another side of Eliades Ochoa – which is his guitar playing, while also bringing out to the fore the striking voice of his sister and how the different roles they play in this music come together with dazzling virtuosity.

And the sense of wonderment which hovers over this entire performance is particularly close-focused in the traditional fare. Eliades Ochoa’s guitar-playing is the ever-shifting heartbeat behind the wonderfully supple expressive contours of Maria Ochoa’s voice, eloquently tracing those of the songs’ melodies. Brother seldom allows sister to become vocally side-tracked by the intensity of her moment-by-moment response; rather, they recreate together the elusive movement of the music’s whispered breath and being.

From the start of Miguel Matamoros’ ‘Oye Va’ Eliades Ochoa again ensures clarity and evenness of pace, through Maria Ochoa’s beautifully poised, sighing breath. He supports the piercing anguish of loss in her high register and despair expressed within her chest voice. This performance revealingly searches or the songs’ paradoxes of life and death, dream and reality, time and eternity. And the emotional narrative of Eliades Ochoa’s piano postludes – as well as his vocals, when he does sing – continues long after Maria Ochoa’s final and breath-taking vocal disembodiment.