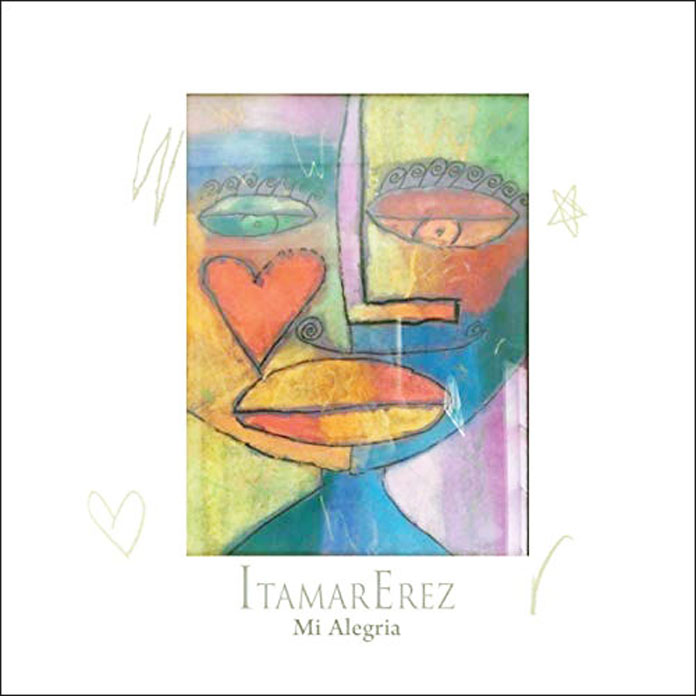 Almost unique among contemporary guitar virtuosos Itamar Erez is a musician who is an equally gifted composer who strives to make music of a consciously all-encompassing nature – specifically, that is music without cultural or stylistic boundaries. Although clearly inspired by the simple harmonies of pre-Renaissance and polyphony, he sometimes seeks the numinous by paring down his musical language.

Generally, however, Mr Erez embraces complexity, revelling in the infinite sonic possibilities afforded by both the Phrygian Modes of Middle Eastern music created by centuries of Arabic and Hebrew masters and Lydian Modes more recently adopted and fine-tuned by the 19th and 20th century Black American creators of the syncopated and improvised music.

However, on Mi Alegria Mr Erez also shows us a side to him that we may not have seen before; one in which he explores the harmonic soundscape of urban Afro-Brasilian music. When absorbed into his familiar musical canvas the result is both poignant and otherworldly in the way recognisable sounds of his guitar, piano, clarinet and Middle Eastern percussion, which are atomised via brilliant instrumental arrangements into something timeless and ethereal.

Although Mr Erez works with a very small ensemble here the music is performed by groups of instruments – strings, horns, piano and percussion – that combine naturally via superb arrangements to give the effect of being created for orchestral interaction – in this case, a fulsome-sounding chamber ensemble – in which narratives and emotions are unveiled in atmospheres that are often meditative and always joyous. The music of “Requinto” and “Mi Alegria” are poignant examples.

But make no mistake; Mr Erez is first and foremost a guitarist. On songs such as “Choro Sentimental”, “Yahli’s Lullaby” and “Tides” (which is quite unforgettable on its own) he displays his full genius for the instrument as he explores the guitar to the fullest scope of its construction and capability. He extracts from it an enormous vocabulary of sounds and effects that combine to make it sound as if it were an ensemble on its own.

These range from harmonics and pizzicato to technique exotica such as ‘nut-side’, ‘nail-sizzle’ and bi-tone tapping. And when combines with a battery of percussion effects, his guitar seems to come with a drum set attached. Naturally his music sounds exquisite also when combined with the eloquence and ingenuity of clarinetist François Houle, flutist Ilan Salem, drummers Dani Benedikt, Celso Machado and Kevin Romain, percussionists Hamin Honari and bassist James Meger.

With these musicians playing with extraordinary sensitivity on Mi Alegria, there is a strong sense of the development ideas in this performance, as if the performers were thinking in terms of undertaking this musical otherworldly journey. This is a quality enhanced by the stunning sound of the recording which is wonderfully atmospheric in both depth and detail.