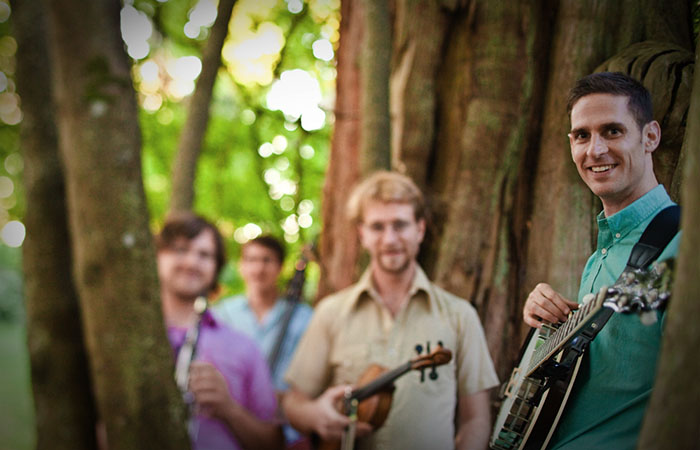 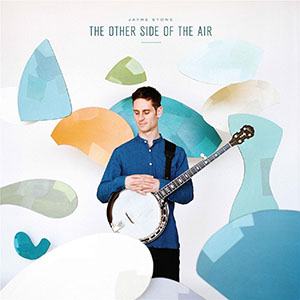 The banjo in any other idiom of music—other than bluegrass, or country and western, that is—is such a novelty that the numbers of practitioners in the idiom of jazz, for instance, can be counted on the fingers of two hands; and good players on the fingers of just one hand. Canada’s Jayme Stone would be one of those on the finger of that one hand. With the beautifully produced music on The Other Side of Air he further enhances his reputation as a virtuoso instrumentalist and is probably one of two of the finest in North America. The recording begins innocuously enough with “Radio Wassoulou,” which brings the memory of that West African city in Mali that much closer. Surprisingly the born players handle the complex harmonics of that song with intelligence and more than a dash of Malian flavour. Mr. Stone, on the other hand, plays in a beautiful flat tone, almost mimicking a lute, which might have been the dusun’goni in Mali. This gives the chart an excellent, authentic feel and sets up the adventure that takes Mr. Stone on his interminable journey with “Soundiata” and then on to the spice route where he encounters Persia. The angular harmonics and rich timbres of the various disparate instruments on this chart make for some very unusual colours; something Jayme Stone is very adept at using.

Jayme Stone is a brave artist, pursuing a rather niche instrument—the banjo—for the musical idiom that he chooses to express himself in. But his writing (and that of cellist and bassist Andrew Downing) enables Mr. Stone to explore a colourful canvas of sounds. His playing is characterised by soft and expressive fingering and even softer wrists, but his stroke is so warm that he is able to bend and almost melt notes with his touch. His playing is not always linear, but sometimes leaps and rolls out in beautiful parabolas and gentle arcs swishing and daubing colours and subtle hues on an ever-changing canvas. To further assist in augmenting tonal colour and shading, Mr. Stone employs a cello, violins and viola and two basses, plus the brass and winds—including double reeds—which assist in widening the palette of colours that are encountered in the music here. In addition there is his own playing which might easily be mistaken for a lute or a kora or, as mentioned earlier, the dusun’goni—a west African stringed instrument that is harsher than a kora, but sweeter and more mellow than the banjo. This ability to sound different is almost spooky, but it does enable Mr. Stone to get a lot more out of his instrument.

Although there is such a varied fare on this recording the centre-piece is the banjo concerto from the pen of the extremely talented Andrew Downing. The performance of the concerto, however, has everything to do with the amazing talent of Jayme Stone. Despite the fact that a concerto in classical music is always confrontational: that is the soloist will vie for share of voice with the chamber orchestra, which makes the concerto a constant struggle for share of voice, this concerto turns out quite different. “My Country Is My Home” is an exquisite partnership between Mr. Stone and the strings, brass, reeds and winds. This is largely a function of the gentle manner in which Mr. Stone expresses himself as well as the manner in which his voice has been written into the ensemble and solo parts. Here a lot has to do with the ingenuity of Mr. Downing who foresaw the nature of the instruments and has created a beautiful balance between the instruments—between the bassoon and the trumpet, for instance and the ensemble and the banjo. Thus the music has a ravishing appeal.

Much more is expected from Jayme Stone and somehow, judging by the music on The Other Side of Air this “much more” is not very far off.

The Other Side of the Air (2013) is a travelogue of imaginary landscapes and faraway lands. The album traverses the Cinnamon Route through Persia and India, revisits and reinvents melodies Stone collected in West Africa and includes a Concerto for Banjo and Chamber Symphony written for him by Canadian composer Andrew Downing.

Room of Wonders (2010) explores music from Norway, Sweden, Bulgaria, Brazil, Italy and North America. The repertoire includes a movement from Bach’s French Suite, a Moorish sword-fighting dance and Stone’s lush, edgy originals. Africa to Appalachia (2008) is a boundary-crossing musical collaboration with griot singer Mansa Sissoko that explores the banjo’s African roots and Stone’s adventures in Mali. The Utmost (2007) draws inspiration from Japanese poetry and Brazilian literature and includes a tiny symphony that takes place inside an imaginary light bulb.