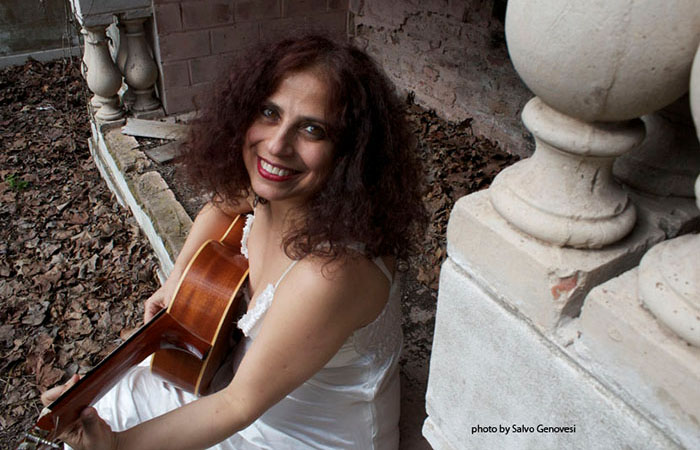 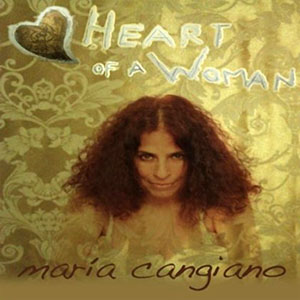 María Cangiano is an amazingly talented folk singer from Argentina. Actually she is unclassifiable although her heart is in the folkloric tradition of that country. The reason she does not fit that mould completely is that Ms. Cangiano has a magnificent contralto voice and she often ends the gorgeous lines that she sings with a broad vibrato. But she can also sing in a husky soprano and some of the harmonies she does with her prime track(s) in that range. All of this makes almost all of the music recorded on this album, Corazón de Mujer sounds like a series of arias enacted on an Argentinean stage full of the passion and fury of some cathartic drama in which Ms. Cangiano is all the principal characters in the dramatis personae. This is no mean achievement as she must be protagonist, antagonist and a host of minor characters, each with their own personality; daubed with myriad hues depending on what is transpiring between them. Ms. Cangiano does all of this with consummate ease, slipping into one character, then the next; and a third, ad infinitum as if she were born to be every one of them.

There is a glut of wonderful, newly discovered Latin American musicians who have surfaced in both the US and in Canada. Many of these musicians, such as Glenda Del E (Cuba) Lucía Pulido (Colombia), Sofía Rei Koutsovitis (Argentina) and Florencia Ruiz (Argentina) who are making a great impression on the music of the US and Canada. Ms. Cangiano is about to join this list of influential singers in the folkloric tradition who is making her presence felt in the US and will soon be seen to have a significant impact on the music scene there, which is like a sponge, ready to absorb anything new and vivid. And Ms. Cangiano is ready for the spotlight; ready to strike deep into the psyche of North American music.

María Cangiano must have not only deep lungs but also an infinite soul and wonderfully restless spirit. For in her music she travels far and wide among her people, telling of the history of a people that falls in love, breaks up, is beset by tragedy, overcome with joy and experiences every deep emotion in the human spectrum. The singer is like the ancient griots of Africa, who travelled across the landscape of that continent telling epic stories of their people; keeping history alive. Ms. Cangiano is very good at this. It would appear as though she were born to do so. As a singer Ms. Cangiano becomes enraptured by the characters she impersonates; real people she must have encountered in a sojourn that she might have undertaken either in reality or in the vibrant dreams of a fertile mind. In these dreams she experiences everything her characters do and all of this is burned in the tablet of her heart. So that when she sings she captures the raw form of the experience and it all tumbles out as if she cannot control what is happening.

The charts such as “Dolor,” “Mi voz,” “Resistencia” and “Riqueza” form a set of songs aimed like sharp arrows at the very soul of the listener. The elemental ache of the first song in the cycle; the magic of the second and the bravura nature of the other two are like torch songs that burn brightly on this record that is brimful with other fine ballads and bluesy, elegiac charts. The fluid zamba also nestles cheek-by-jowl- with the tango, the baguala and reggae. All of this music comes easily to Ms. Cangiano as she is steeped in the tradition of music from Argentina. It also bears mention that the spare arrangements make a beautiful impact on the inner ear; and the guitars and charanga of Quique Sinesi and the percussion colourings of Quintino Cinalli make this album all the more brilliant and memorable.