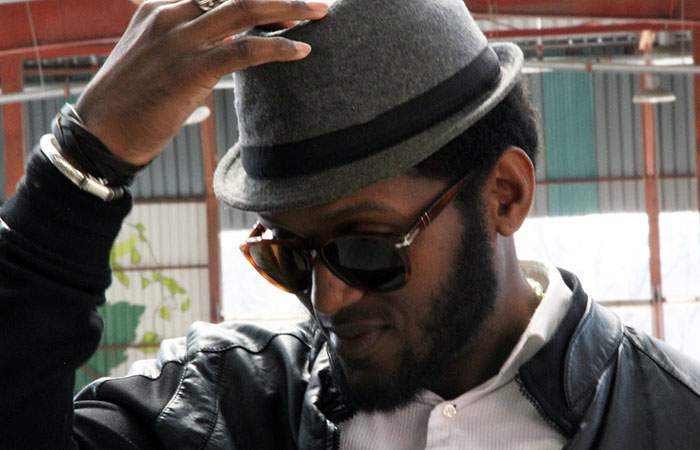 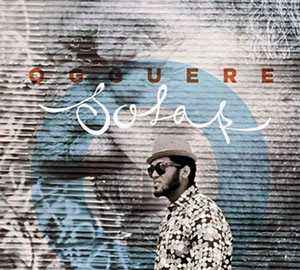 The celebratory nature of Ogguere’s record, Solar is palpable almost from the first bars of “Tu Chocolate Caliente”. It comes from the fire of the brass and the reeds; from the guitars and the percussion; from the roaring arpeggios on the piano and the throb of the bass. The music is so completely uplifting that throwing the head back and letting out a proverbial roar of delight is eminently inviting. The reason: Ogguere sings of the triumph over adversity by the human spirit. It is something that transcends politics and economics; it is a constant state of ecstasy that is the dwelling place of the soul when it is liberated from the wretchedness of the projects all over the world. And here Ogguere never misses a beat. His rhythmic design throughout the record is pulsed around the elemental brightness of the solar beat, so to speak; the primal heartbeat that drives the search for the bright lights of life.

Ogguere informs his music with a deep sense of the alegria of this heartbeat, which is present in the core blast of trumpet and saxophone; in the growl of the trombone and in the raw and guttural cry of the guitar and in the rumble of the bass. His is the music of this primordial joy that informs every idiom of music from son to jazz. Each of these Ogguere melds into his own form of mambo and the glue that binds it all is his rap. The poetry of this music is forever embedded in the heart and the mind because of this rap. It lacks the violence of what has come to typify most modern music and focuses instead on the melody and harmony of music which is delivered in the unique rhythm of Ogguere`s making. The music is also informed by an inner clave that breaks out with rumba and guaguancó, mambo, danzón and timba.

Ogguere is a master of rhythm and of the harmonics that are wrought from the expert dissection of the jazz metaphor and the clave of Cuban son. Using this shamanistic knowledge of the soul of these musics, the vocalist and impresario imbues his vocalastics with a special bronzed colour and a riot of tonal shades and a multiplicity of textures. His intelligent use of the traditional instruments of jazz and son is superb. Mixing this with a mastery that is second to none Ogguere re-creates an ecstatic almost continuous series of songs, seemingly chain-linked by a soaring high-powered vocal shout that is akin the elemental blues shout. Here the vocalist is inimitably aided and abetted by the guitars in the ensemble that roar with the energy that once powered Jimi Hendrix.

This record will be remembered not only for its raw energy, but also for its rather successful attempt to capture the dizzying imagery of the triumph of Humanity form its near intractable condition. The fact that Ogguere can find this energy and tap into it with music bodes well for a new generation of musicians who struggle to make their voices heard amid the noise of the 21st century. Ogguere wins because of his uniquely ecstatic voice that seems to embody the dim voice of joy and freedom that exists despite attempts to snuff out the good cheer that powers all of humanity.

Edrey Riveri (Ogguere) began his music career in 1995. He met Amenaza Group, performing under the name Orishas – a highly acclaimed Cuban rap group. Edrey collaborated with them as a guest performer on several occasions in various concerts in the main stages of the country. In 1996, he decided to organize and form his own group named “100% Original” in which he performed at various international Rap festivals in Havana. He was fortunate to share the stage with other great rap artists such as The Roots, Mos Def, Common Sense, Montel Jordan, La Mala Rodriguez… Read more…