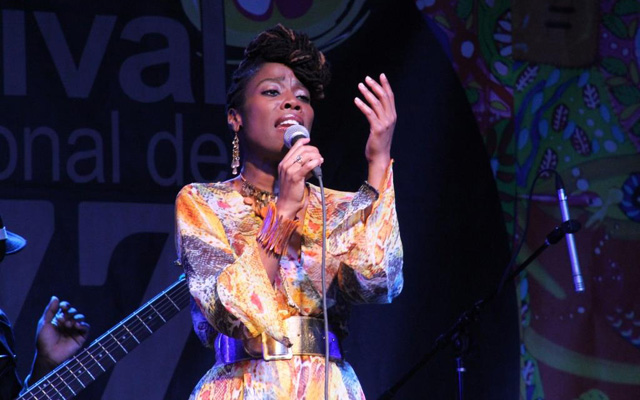 This second album by the mesmerising contralto, Haitian-born and raised Pauline Jean takes her extraordinary musicianship to another level. Jean’s excellent performance perfectly captures her music’s attractive juxtaposition of solemn grandeur and beauty. It’s one of the most beautiful CDs of music that sits at the confluence of Jazz and traditional Haitian music you’re likely to have heard in a long time. For listeners, it’s also one of the most demanding, due to the extreme complexity of the harmonic writing and the ultra-sophisticated vocal colours and instrumental textures. Lovers of Jean’s music will recognise one of her familiar compositions trademarks: her more adventurous, ever-changing time signatures and colourful chord progressions. 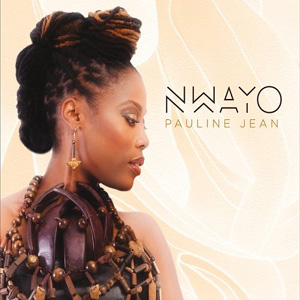 However, repeated hearings will unravel the music’s many delights and there’s a pleasing variety in Pauline Jean’s choice of adaptations of traditional Haitian narratives and Jazz standards. If the music is challenging to listeners it presents musicians with a Herculean task. Fortunately the ensemble gives performances of near-perfection that sound completely effortless. In Jean’s case, one notices the subtle multiplicity of phrasing, ranging from seamless contralto glissandos to punchy accents angled at the group’s irregular rhythms. Songs from Jean’s pen have an extra vividness and a touch of raw primitiveness that seems so much more compelling in the deeply spiritual context as well as – from time to time the triumphalist tone breaking through here and there as the visceral ‘Igbo Landing’.

That song maybe the one of the most rhythmically plangent of this album entitled Nwayo but the dramatic high-point is certainly ‘Their Blood, Bondye’, a song Pauline Jean composed to lyrics by the celebrated Haitian writer Edwidge Danticat. Music and lyrics are drenched in the blood of ancestral martyrs who have given their life for the sanctity of Haitian freedoms. The glittering array of stars in the ensemble included well-known names such as drummer Obed Calvaire, alto saxophonist Godwin Louis and the colourful Cuban pianist Axel Laugart. Together they display tremendous virtuosity in their soli that come in electrifying bursts amid Jean’s highly articulated vocals. This fine CD also has beautifully-written notes by Edwidge Danticat and Pauline Jean.