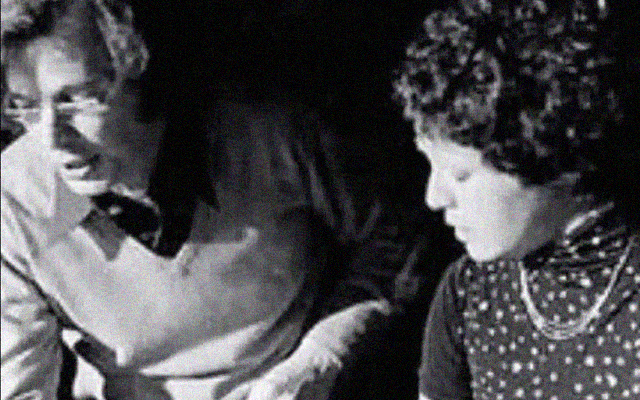 Both Antônio Carlos Jobim and Elis Regina have recorded several spectacular albums on their own. Elis Regina’s most memorable disc could easily be Saudades do Brasil (Electra, 1980), while Tom Jobim’s seminal album Francis Albert Sinatra & Antonio Carlos Jobim (Reprise, 1967) might be considered truly legendary. But ask a Brasilian which album is most beloved to that country’s many worshippers of Elis and Tom and the eponymously titled album comes to mind ahead of everything. There are many reasons why, chief among them is the iconic version of Mr. Jobim’s classic “Águas de Março”, a version on which both the great musicians excel to such an extent that the song achieved legendary status on account of this version. Who could resist the beguiling charm of Elis and Tom, caught here in an interminable romance, flirting outrageously as the song unfolded? 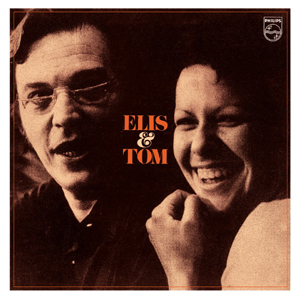 Elis Regina is Brasil’s vocal queen; she is to Bossa Nova what Ella Fitzgerald is to Jazz. Hers is a voice of scintillating beauty, her intonation, poise and blend are absolutely first-rate. Elis is one of a kind, a sort of comet that flashes by across the stratosphere but once in a lifetime. Her voice is heavenly, naïve and floating. She weaves her lines with gossamer-like beauty flavoured by a fondness for falling sequences. In some of the more profoundly sad or elegiac charts such as “Triste” and “Retrato em Branco e Preto” her voice drops down to almost a whisper. Tom sings on four charts lending his characteristic off key vocalastics to harmonies with Elis, but his true contribution to the partnership is an unbridled musicianship that came to represent the greatest qualities of Brasilian song for decades, until his untimely death. Naturally, then, his pianism and softly plucked guitar are quite stellar.

The disc’s centrepiece is a kind of triptych featuring “Águas de Março”, “Triste” and “Retrato em Branco e Preto”. The liquid beauty of these three songs is breathtaking, with Elis polishing each to a gleaming gem, while Tom hovers perennially about her like a besotted bee attracted to an exotic flower in full bloom. The gentle working of the piano and guitar add much tonal colour to the music in keeping with the mastery that he brings to this music. Other notable performances come from the late Oscar Castro-Neves and the great Cesar Camargo Mariano who bring something noble to the music. Bassist Luizao Maia breaks fresh ground on Modinha with his beautiful and plump notes and moist tone. But it is the expressive splendour of the singing that is the crowning glory of this marvellous, collector’s item.