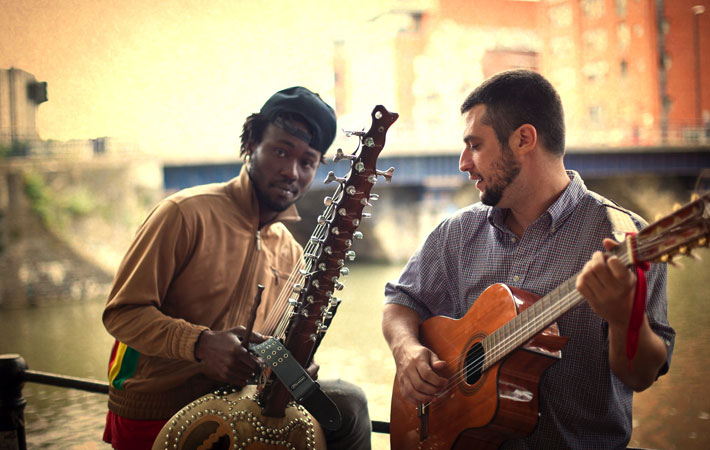 Most popular music in the West today can be traced back to African roots. Linguistic idiosyncrasies of African polyrhythms have shaped and even inflected the phonology of Western melody. Still, when Western popular music—Jazz and Rock and Roll—collides with traditional and popular African music the results can be quite spectacular. Ornette Coleman showed us this when he went to Morocco to record with the Jali Kunda musicians of Jajouka as did Pharoah Sanders with the Gnawas in Essaouria. Earlier, Brian Jones and The Rolling Stones were enamoured of Moroccan music and visited there. However, it is only when musicians such as Ornette Coleman, Pharoah Sanders and Bill Laswell made their historic and seminal recordings that the spotlight has been restored to Africa, whose music has been embedded in the music of Brasil and Latin America and the Caribbean, just as it has been an intrinsic part of the Blues and, necessarily in Jazz as well. So it should come as no surprise that more musicians are catching on and producing collaborations of their own, which does not make them worthwhile. 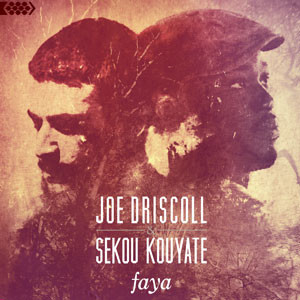 Fortunately this is not the case with Faya. The album—a rather spectacular collision between the disparate worlds of Joe Driscoll and Sekou Kouyate. The British bred guitarist and vocalist writes raw and visceral rhymes and backs them up with sinewy guitar playing that makes its way almost surreptitiously into the world of his machine-gun-like vocalise. Mr. Driscoll’s approach is fiery and dynamic. It feeds off the energy of Sekou Kouyate’s kora and the Guinean’s own sliding vocalise. Mr. Kouyate has something special going for him. He is a virtuoso kora player. Make no mistake about that. However, in music as in all art, a realm where sentiment and emotion must go hand in hand with technical skill Mr. Kouyate is sublime. His kora playing has been compared to that of Jimi Hendrix on guitar and so it should be. He constantly challenges himself to play beyond the pale. His fingerwork is brilliant. Always.

Every track on this—albeit—short CD is perfection, but they proclaim artists of exceptional calibre, establishing positions as an important player of the music. And without doubt they are quite wonderful, in the prime of their careers, with thrust and command of brilliance and musical energy that are controlled by beckoning personalities. At the end of this extraordinary repertoire we will come to admire them as composers of exceptional character and talent, their musicianship being already established from the very first bars of the album.

The well-worn and often overblown expression “music is a common language” has never been more apropos in the case of Joe Driscoll & Sekou Kouyate. US-born, England-based Driscoll speaks no French and Kouyate, who hails from the West African country of Guinea, little English. When they were brought together at the Nuit Metis (Mixed Night) festival in Marseille, France in 2010 and given a week to produce a concert, music was the only way they could communicate. It turns out, they had a lot to “talk” about, and their first meeting sparked a collaboration that led to the formation of a band, the recording of an album, over 120 concert dates across Europe and rave reviews … Read more…